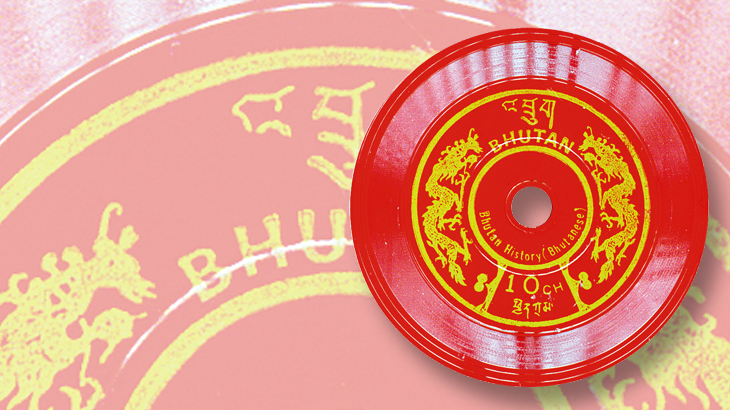 On April 15, 1973, Bhutan issued a set of seven (five postage and two airmail) Phonograph Record stamps (Scott 152-152F). These weren’t just stamps commemorating phonograph records. They were actual phonograph records that can be played on any standard record player.

The recordings on the stamps feature Bhutanese history, folk songs and the royal national anthem.

Many collectors despised these record stamps as a gimmick unworthy of the hobby. Others, particularly topical collectors interested in music and recording, loved them.

The mint set is currently selling for about $300, and it is a good buy at that price.