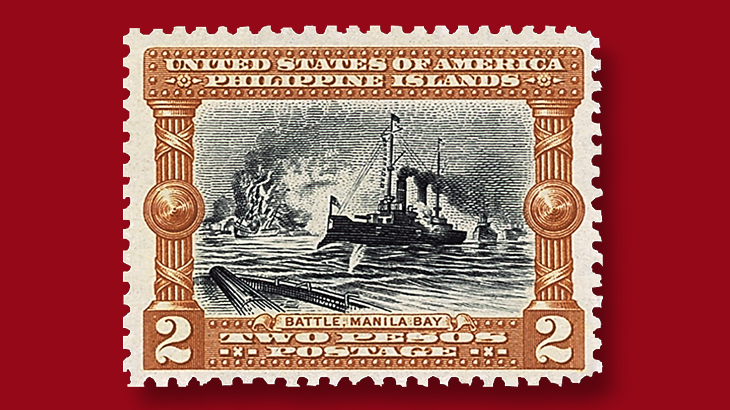 The 1935 set of 14 pictorial stamps (Philippines Scott 383-396) is arguably the most attractive set of stamps issued by the Philippines under United States administration.

The Republic of the Philippines comprises more than 7,000 islands in the Western Pacific Ocean north of Indonesia. After the Spanish American War, it was administered by the United States from 1898 to 1946.

Arguably the most attractive Philippines’ stamps issued under U.S. administration are in the pictorial set of 14 (Scott 383-396) released Feb. 15, 1935.

Most of the value is in the stamps with higher denominations, so pay extra attention to those when buying.