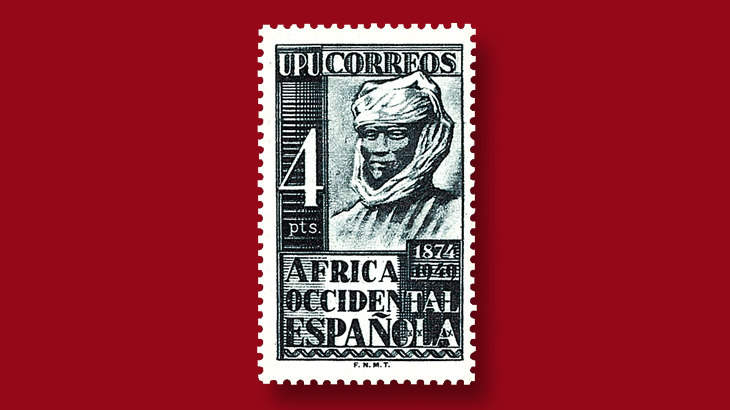 The Spanish West Africa 1949 4-peseta dark gray green stamp (Scott 1) is popular with Scott No. 1s of the world collectors and is a good buy at the 2019 Scott Standard Postage Stamp Catalogue value.

Ifni, a Spanish exclave, was occupied by Morocco in 1958 and formally ceded to Morocco in 1969. Spain abandoned the rest of the colony in 1975. An attempt to establish an independent country of Western Sahara was frustrated when the territory was claimed by both Morocco and Mauritania.

Morocco occupied the country later in 1975, and Mauritania eventually abandoned its claims. This was followed by a still-unresolved dispute between Morocco and the indigenous Sahrawi people.

Collectors who are looking for a country collection that can be completed with relative ease are attracted to Spanish West Africa. Between 1949 and 1951, it issued 17 postage stamps, eight airmail stamps, and one special delivery stamp, none of which is terribly expensive.

The first stamp was a 4-peseta dark gray green stamp showing a Sahrawi man (Scott 1). Issued in October 1949, the stamp commemorates the 75th anniversary of the founding of the Universal Postal Union.

The 2019 Scott Standard Postage Stamp Catalogue values the stamp in mint, never-hinged condition at $3. This stamp is also popular with Scott No. 1s of the world collectors and is a good buy at catalog value.