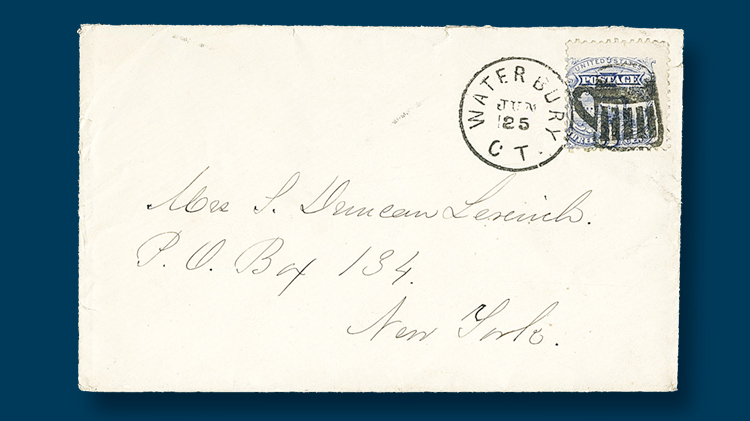 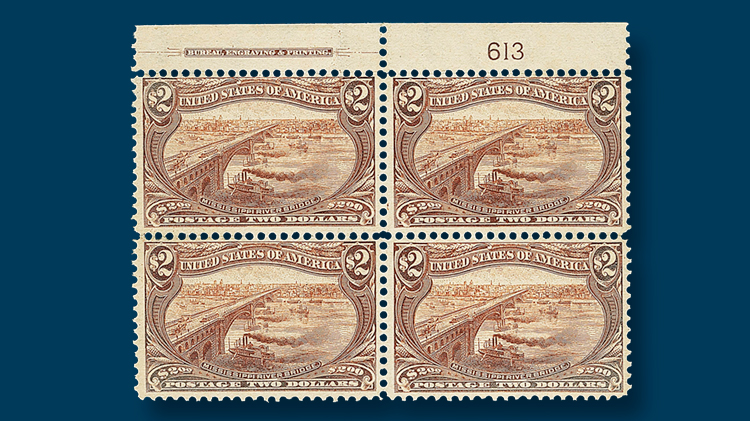 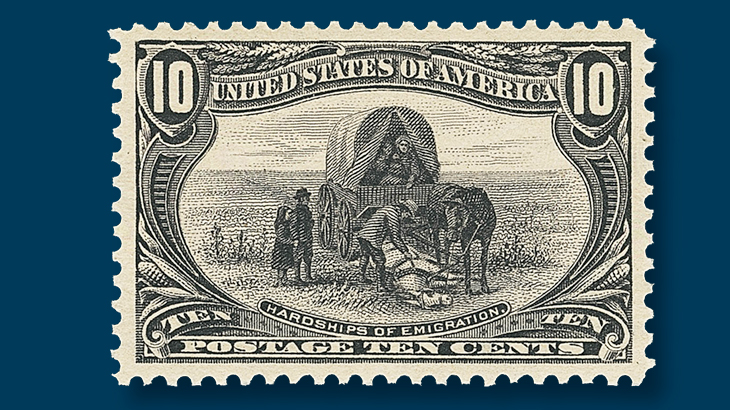 Robert A. Siegel Auction Galleries offered highly graded singles during its Oct. 24-26 sale of United States stamps. Grading superb 98, this 10¢ stamp from the 1898 Trans-Mississippi set went to a new owner for $17,700. 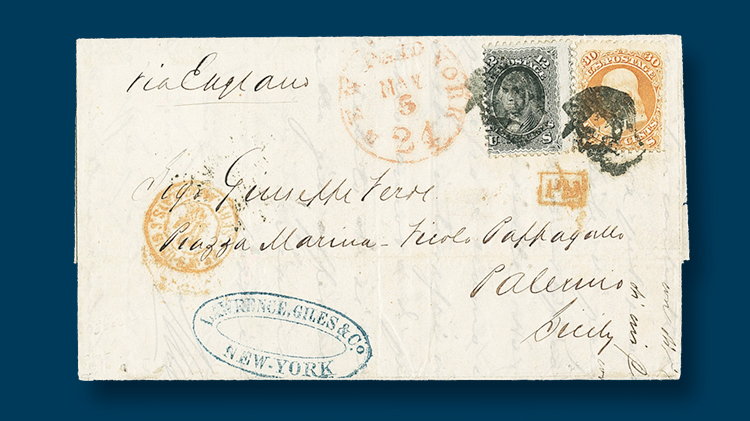 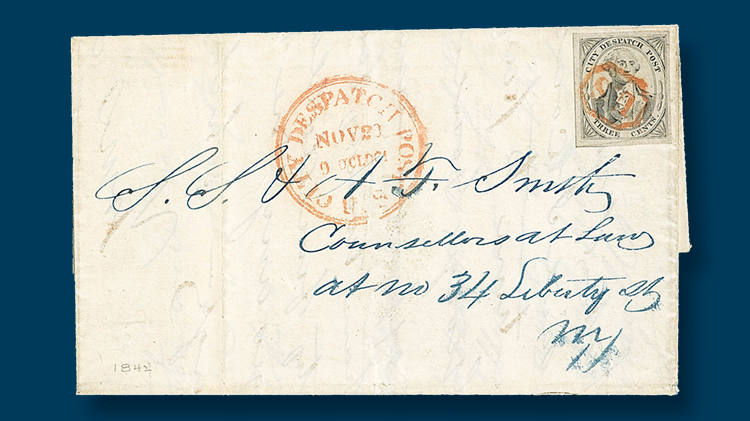 One of the most attractive covers bearing the first issue of the City Dispatch Post from New York City sold at Siegel’s United States and Confederate States postal history auction for $15,930.
Previous
Next

The past month has seen an active stamp market. With numerous auctions offering a great quantity of strong material, it is impossible to do them all justice.

These magnificent results, all far exceeding published values for similar graded stamps, speak to the growing market for superb stamps.

Siegel offered several examples of the Pan-American center inverts. The 2¢ (Scott 295a) with original gum, extremely fine centering and without faults went to a new owner for $42,480. Another invert sold by Siegel was the 1979 $1 Candleholder with engraved brown inverted (Scott 1610c); with only 93 sound examples existing, this one realized $12,980.

The highlight of Siegel’s United States Stamps sale was the $2 orange brown Trans-Mississippi stamp (Scott 293) as a block of four with top imprint and plate number. This desirable block with original gum found a new home for $50,150.

One of the greatest of all U.S. newspaper stamp rarities, with only 11 examples listed in the Siegel census, is the 1894 96¢ pink on unwatermarked paper (Scott PR99). An unused example with part original gum and hinge remnant sold for $14,750 through Siegel.

The spotlight was on one of two known complete sets of the 1915 Panama-Pacific small die proofs for the 1902 issue in private hands, which brought $35,400.

A 1908 4¢ brown Grant imperforate stamp in fine condition with Schermack Type III perforations (Scott 314A) garnered $20,650. Only 32 used singles are known to exist based on the Siegel census.

An extremely fine strike of the Beer Mug fancy cancel from Waterbury, Conn., a city famous for its numerous entertaining and unusual fancy cancels, brought $20,650 at the Siegel sale. The cover is franked with the 1869 3¢ ultramarine Locomotive stamp (Scott 114).

The City Dispatch Post operating in New York City issued the first postage stamps in the Western Hemisphere on Feb. 1, 1842 (Scott 6LB1). Two of the most attractive on-cover examples of this stamp sold for $15,930 and $24,780, respectively.