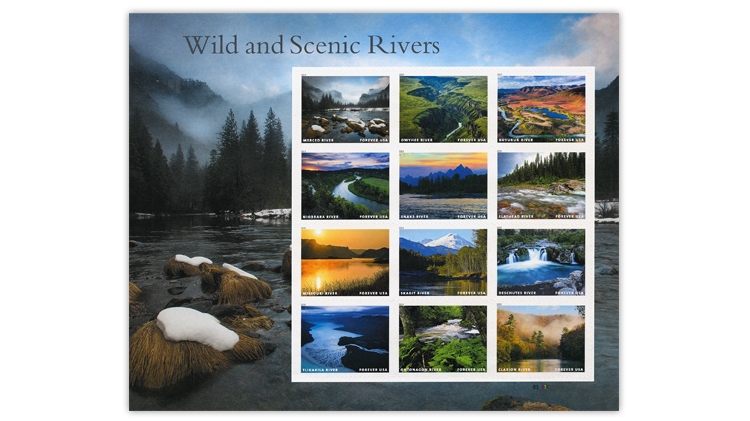 The Wild and Scenic Rivers pane of 12 is one of a trio of new United States issues to receive Scott catalog numbers. The others are the Transcontinental Railroad and Art of Ellsworth Kelly stamps.

Included in this month’s listings are Scott numbers for the new 2019 Transcontinental Railroad stamps that were issued to celebrate the railroad’s 150th anniversary. Also Scott official are the Wild and Scenic Rivers pane of 12 and the 10 stamps featuring the art of Ellsworth Kelly.

All of the numbers will appear in the Catalogue Update section of the July 15, 2019, Linn’s Stamp News. For further information contact Martin J. Frankevicz.