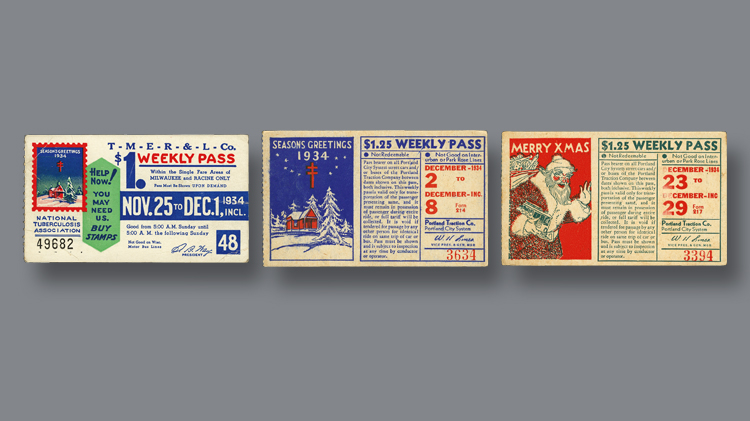 There are many standout Christmas seal designs in the 110-year history of the program, but to me the most attractive is the 1934 seal. The seal design is shown here on two of the three transit passes found so far for 1934.

For many years, I have collected this seal in all its forms: the issued varieties; errors, freaks and oddities (EFOs); used on covers; essays and proofs of its design; and publicity artifacts promoting its use.

In the 1930s and 1940s, transit pass ads were part of the publicity program to encourage contributions to the National Tuberculosis Association and use of the Christmas seals.

The first year for these transit passes was 1934. The examples shown are from Portland, Ore., and Milwaukee, Wis.