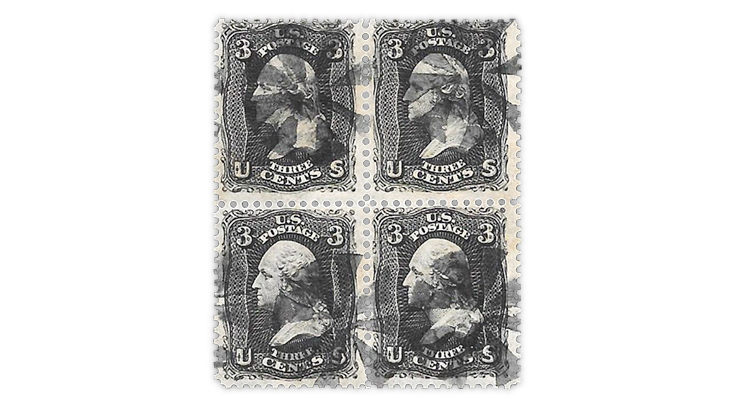 An example of the Steel’s double paper Patent No. 86952, granted to Charles F. Steel, the superintendent of postage stamp production for the National Bank Note Co.

The Dec. 24 issue of Linn’s Stamp News just landed on the presses and goes in the mail to subscribers Monday, Dec. 10. And if you subscribe to Linn’s digital edition, you’re at the head of the line with early access Saturday, Dec. 8. Here are three stories you'll want to check out.

The United States 3¢ 1861 trial color plate proofs were prepared on many different papers and using different colors of inks, with more than 50 different combinations that exist. In the Essays and Proofs column, James E. Lee breaks down this complex subject.

Kalmyks, the descendants of a western Mongol tribe, the Oirats, converted to Tibetan Buddhism in the 11th century. Today, Kalmyks make up about 75 percent of the population of Kalmykia, an autonomous republic of the Russian Federation located on the western shore of the Caspian Sea. In the Stamps of Eastern Europe column, Rick Miller reports on stamps of the Soviet Union and Russia that feature Kalmykia.

Hot Wheels first-day cover burns up the track: Inside Linn’s