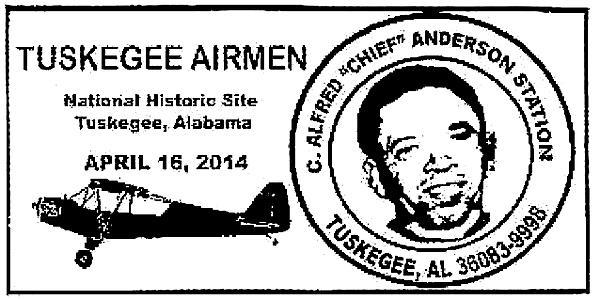 Nearly a month later, the Tuskegee, Ala., post office celebrated Anderson and the new stamp with a pictorial postmark and a dedication event at the Tuskegee Airmen National Historic Site.

Anderson served in the 1940s at the Tuskegee Institute with the role of expanding its pilot training program.

To obtain this cancellation, which has received a 30-day extension, send requests to: