Twenty and done? USPS refuses to comment on future of Legends of Hollywood series 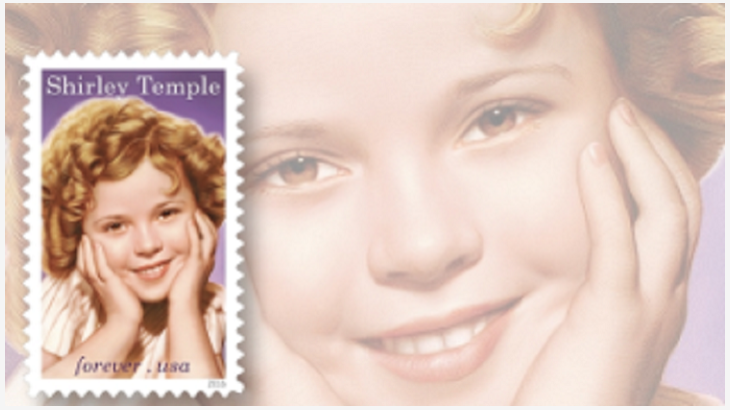 The nondenominated (47¢) forever stamp honoring actress and child star Shirley Temple is the 20th — and possibly the last — stamp in the Legends of Hollywood series.

A popular commemorative stamp series remains in limbo as the United States Postal Service refuses to update collectors on its status.

Asked by Linn’s Stamp News if the Legends of Hollywood stamp series will continue or if it has come to an end, USPS Corporate Communications spokesman Mark Saunders replied with a rather brusque statement: “If and/or when we have something to announce regarding stamps, we will announce it.”

The Legends of Hollywood series began in 1995 with the issuance of the 32¢ Marilyn Monroe stamp (Scott 2967). A single stamp in the series has been issued each year since, though no stamp was issued in the series in 2012 or 2013.

The most recent stamp in the series is the nondenominated Shirley Temple forever commemorative (Scott 5060), which sold for 47¢ when it was issued April 18, 2016.

The Great Film Directors forever stamps (Scott 4668-4671) issued May 23, 2012, are not part of the Legends of Hollywood series, but the stamps feature prominent film directors as well as actors from some of their best known movies.

No Legends of Hollywood stamp appeared in 2013 either, but a film series was featured when the Postal Service honored Harry Potter movies with a 20-stamp booklet (Scott 4825-4844).

The series has been popular with collectors and with the mailing public. Each pane consists of 20 stamps with one design, plus decorative selvage that shows a scene relevant to the honored subject.

Collectors have come upon some unusual varieties in the series. The 32¢ Marilyn Monroe stamp was found to have nine different tagging varieties, was processed with star-shaped perforations at the corners of each stamp, and was issued in collectible press sheets consisting of 120 stamps, along with the standard 20-stamp pane.

Collectors of the popular Legends of Hollywood stamps want to know if they can expect to add new stars to their collection.

Thus far, Linn’s attempts to get an answer from USPS Corporate Communications have elicited responses similar to those we received when we asked if the imperforate press sheets program had ended. In other words, no answer.

Why leave collectors wondering about the future of the Legends of Hollywood series when a simple “That’s all Folks!” would suffice?