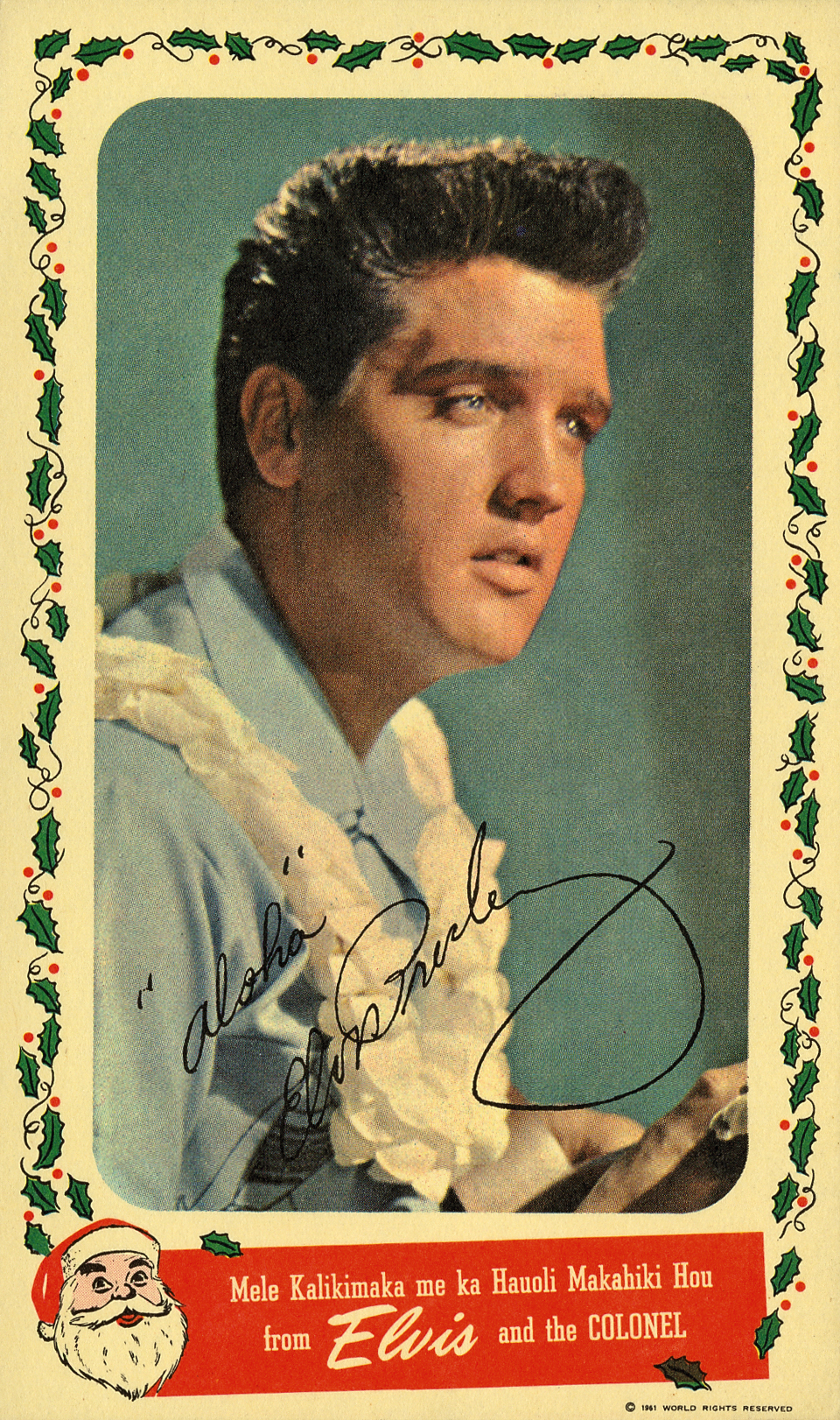 The front of a 3¢ Liberty postal card with a Christmas message from Elvis Presley in Hawaiian, undoubtedly a tie-in to the film Blue Hawaii. 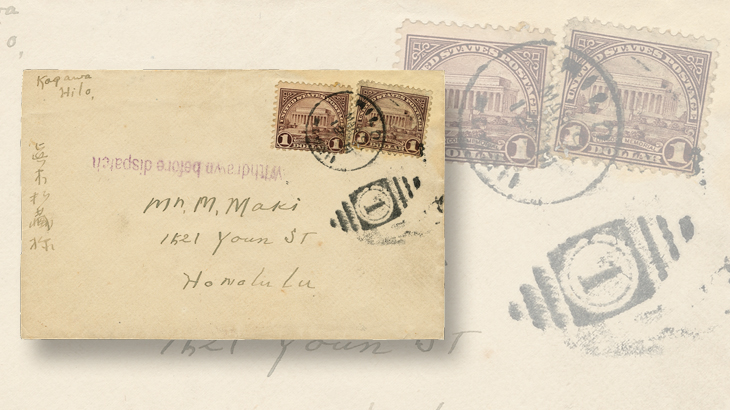 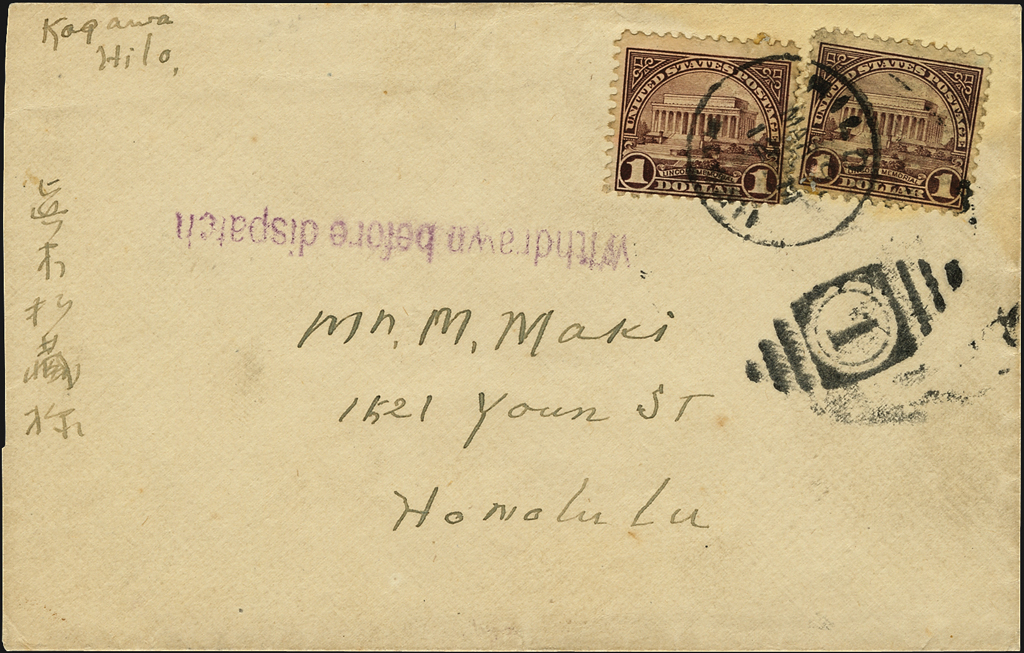 A total of $2 in valid postage was used to pay for the 2¢ needed to move this piece of mail. But for some reason, the letter was “Withdrawn before dispatch,” and it does not appear to have been remailed.
Previous
Next

Undoubtedly the most overpaid cover I‘ve ever come across is the Hilo, Hawaii, to Honolulu example shown nearby.

Two $1 Lincoln Memorial stamps from the 1922 series (Scott 571) were used on the cover when 2¢ would have done the trick.

To make matters even more puzzling, the envelope was “Withdrawn before dispatch,” something that normally happened only upon the request of the mailer.

Why? We can only guess, but maybe he realized his mistake with the stamps and hoped to get the envelope back before the stamps were canceled.

There are no markings on the back of the envelope to help in figuring out what happened.

Presumably, the envelope was never put back in the mail and delivered.

On Aug. 12, Elvis Presley will appear on another U.S. postage stamp, a forever stamp in the Music Icons series.

While he has never been high on my favorites when it comes to music, I am amazed by the breadth and depth of his philatelic connections, both on U.S. and foreign postage stamps.

That is not all, though. There also are various forms of the ballot used for the U.S. Postal Service initiative to have the public choose the young Elvis or the mature Elvis in the run-up to the 1993 stamps honoring him.

These include the oft-manufactured cover addressed to a fictitious location and therefore handstamped “Return to Sender/Address Unknown.”

Mailed ads for Elvis’ albums and films also exist. The postal card shown nearby is from this category. It was send in by Linn’s reader Lyle Hall of Richmond, Va.

The mailing side of the card is a standard unused 3¢ Liberty design imprint. On the front, however, is an attractive machine-signed portrait with a Christmas greeting in Hawaiian: “from Elvis and the Colonel,” referring to his manager, Col. Tom Parker.

Holly leaves surrounding the portrait on the card add a nice Christmas touch.

Postal card advertising was popular and inexpensive back in the era when postage was only a few cents.

The fact that the greeting is in Hawaiian points the recipient to Elvis’ movie Blue Hawaii, a 1961 romantic comedy starring Elvis, Joan Blackman as his girlfriend and Angela Lansbury as his mother.

The movie is not mentioned on the postal card, nor is a date. But it all fits together because the 3¢ Liberty postal card was issued Aug. 1, 1958, and remained valid until the rate changed to 4¢ on Jan. 7, 1963. Also, people offering the card for sale online identify it as being from 1961.

Undoubtedly, there is a lot more Elvis material to be discovered that relates to U.S. philately.