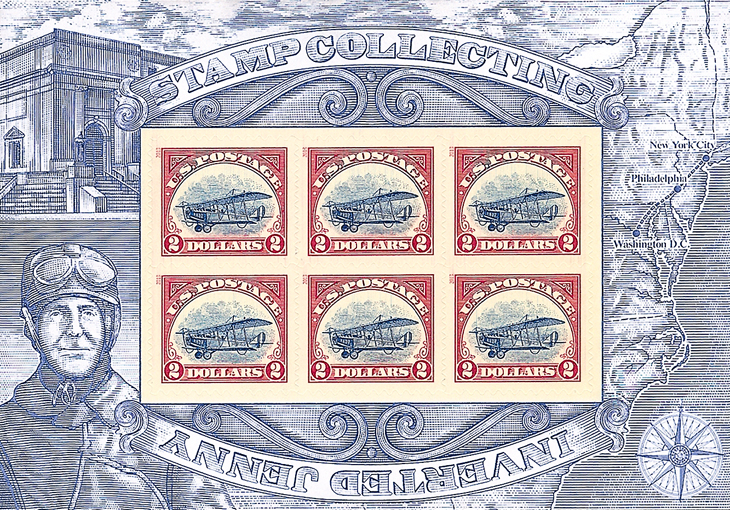 Two additional panes of the upright variety of the 2013 $2 Jenny Invert (Scott 4806d) were purchased in recent weeks.

The United States Postal Service has confirmed that two additional panes of the upright variety of the 2013 $2 Jenny Invert (Scott 4806d) were purchased in recent weeks.

USPS spokesman Mark Saunders told Linn’s Stamp News that the Postal Service has registered purchases and issued certificates for two different panes of six of the rare variety showing the blue biplane in the vignette flying right side up, intentionally created as a promotional scheme.

According to USPS records, certificate No. 22 was issued to a person from Edmond, Okla., who did not say where the pane was purchased.

Certificate No. 23 was issued to an individual from Stroudsburg, Pa., who reported purchasing the stamps at a Deenedan post office in Florida (possibly Dunedin, on the Gulf Coast).

No other details about these purchases were made available from the Postal Service.

The Postal Service sends a signed certificate to each finder who calls to report they received one of the 100 variety panes that were intentionally printed with the plane flying upright.

In addition to these 24 reports, Linn’s believes there are additional panes that have been obtained without a certificate being claimed, possibly increasing the total number found to 29 out of 100.