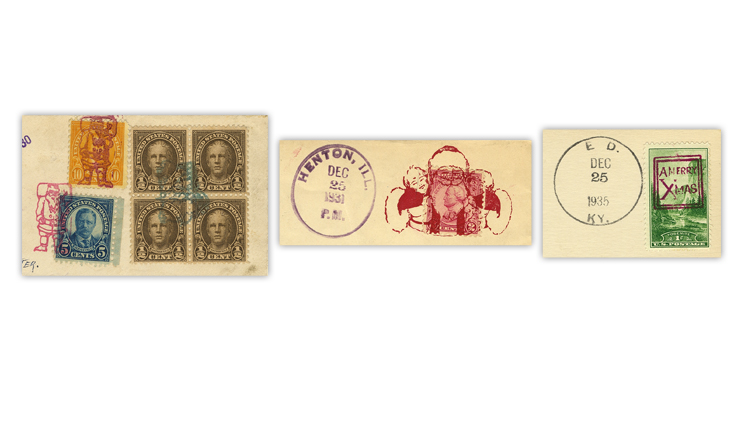 Figure 1. These three fancy cancels from the 1930s celebrate the Christmas holiday. Each is shown graphically cropped from its full cover. 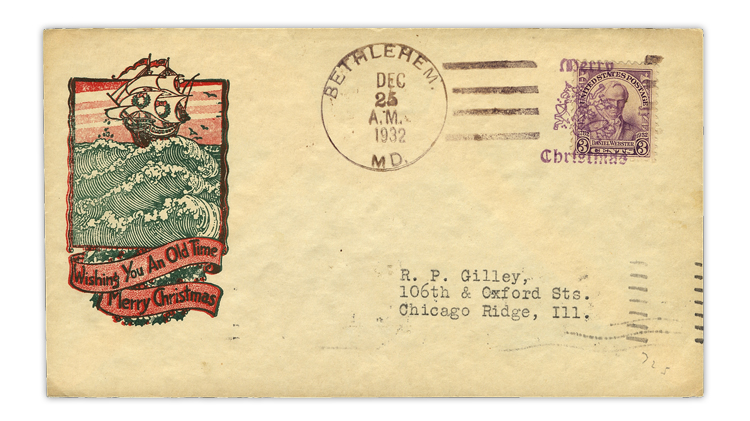 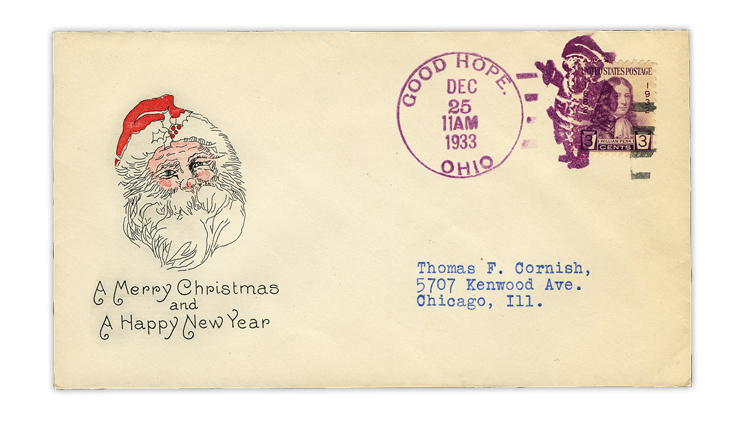 Figure 3. Santa Claus is featured on the fancy cancel on this 1933 cover from Good Hope, Ohio.
Previous
Next

I have mentioned 1930s fancy cancels celebrating Christmas in this column in past years. They are not numerous.

Figure 1 depicts graphically cropped images of the three previously known examples are shown here: Santa Clauses carrying sacks of toys on a 1930 registered cover from Santa Claus, Ind.; Santa holding a child in each arm on a 1931 Henton, Ill., fancy cancel; and a 1935 boxed “Merry Xmas” from Ed, Ky.

This year I have two more fancy Christmas cancels to report.

The first, shown in Figure 2, is a purple “Merry Christmas” with ringing bells on a cover canceled on Christmas Day, 1932, in Bethlehem, Md.

The second newly reported cancel, also in purple, depicts Santa with a sack of toys on his back. This Christmas Day, 1933, cancel from Good Hope, Ohio, is shown in Figure 3.

Postmasters with time on their hands sometimes produced post office specific fancy cancels or cancels for holidays or other subjects, either for their own amusement or to raise money by offering them to collectors.

The Post Office Department eventually outlawed the practice, but it is a fun collecting area all these years later.