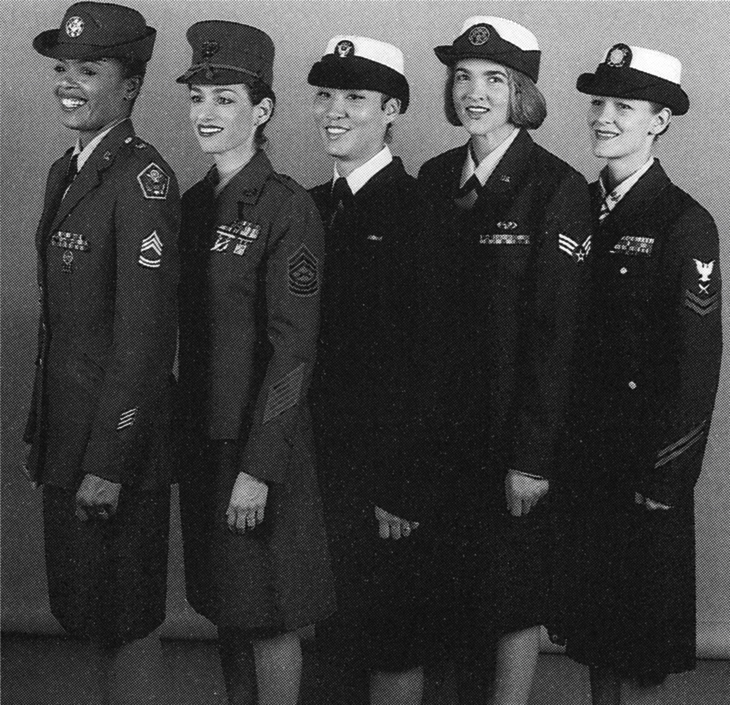 The names of the women who posed for this photograph that became the 1997 32¢ Women in Military Service commemorative are known, thanks to George Amick, author of the 1997 Linn’s U.S. Stamp Yearbook. 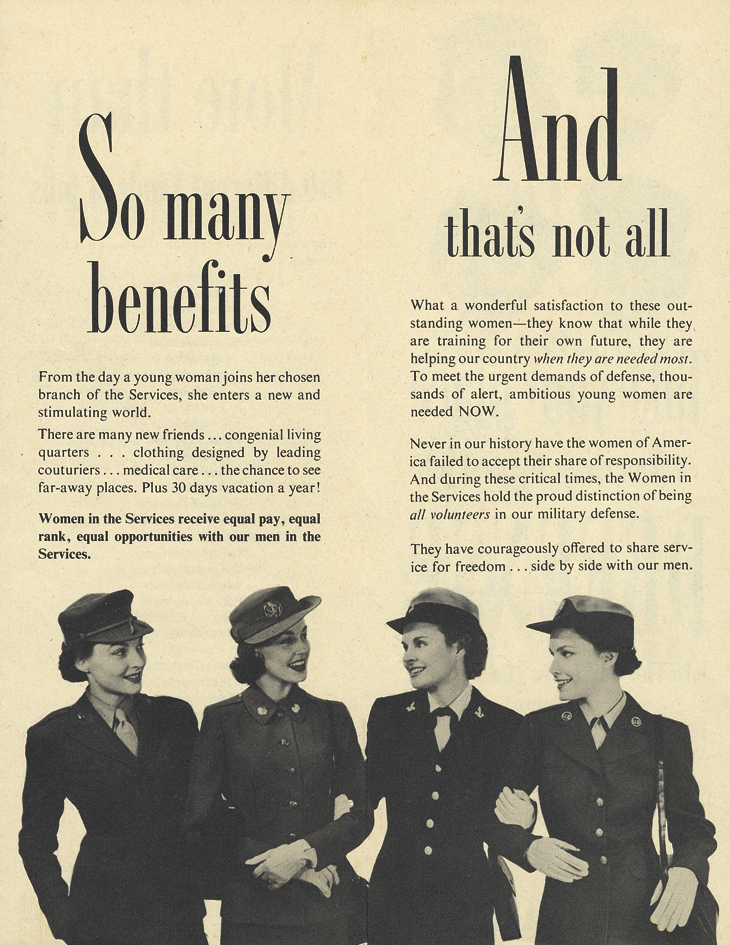 It’s easy to see when comparing this photograph from a recruiting brochure to the faces on the 1952 Service Women stamp that it is the basis of the design. But what is the history of the photograph and who were the women? 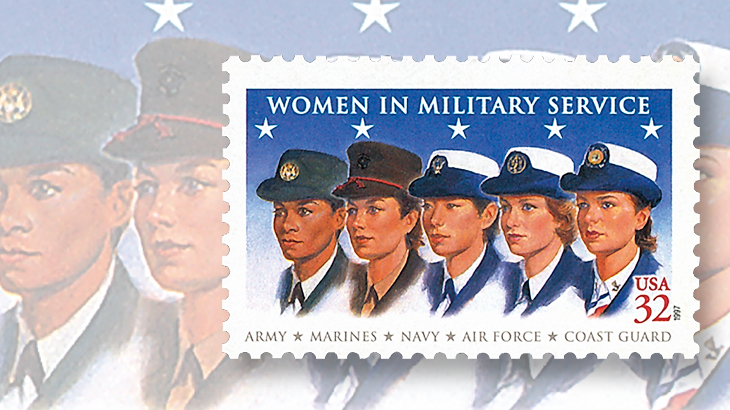 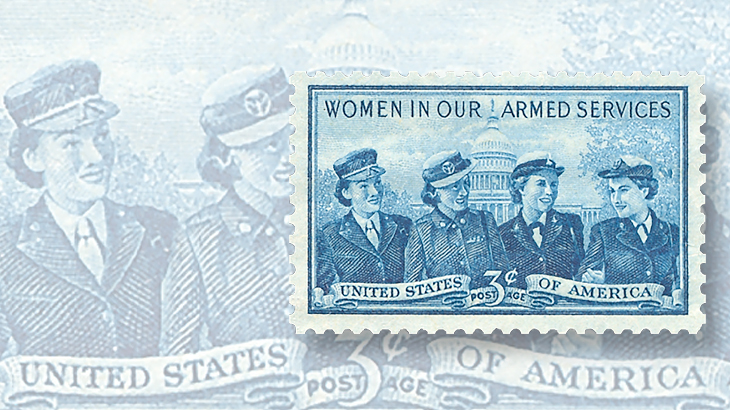 I have in the past spent a good deal of space in this column identifying living people shown on United States stamps.

One of the enduring mysteries has been the identity of the models who were posed to come up with the design for the 3¢ Service Women stamp issued Sept. 11, 1952 (Scott 1013).

The women pictured on the stamp are near mirror images of the women in a recruiting brochure from the Department of Defense. Part of that brochure is shown nearby.

Despite the fact that the women are shown on this brochure, only one name is known for certain: Candy Jones. She is probably the model wearing the U.S. Army uniform, second from the left.

The names of the other three have eluded me despite much searching of official files and correspondence.

Also, more than 20 service women have thought that they were pictured. Many of them can be identified in publicity photographs taken as part of the military’s promotion of the stamp.

We now have a parallel, with a more complete cast of characters.

The design of this stamp shows uniformed representatives of each service, with microprinting indicating the branch of service of each woman. The microprinting is located to the left of each portrait where the neck meets the collar.

Thanks to the 1997 Linn’s U.S. Stamp Yearbook by George Amick, we know that the 1997 stamp was based on a photograph of women dressed in uniforms of enlisted members of the five services.

Stamp designer Dennis Lyall, per U.S. Postal Service policy, altered the faces so that the women in the photograph wouldn’t be recognizable on the stamp. But as often happens, there remains a certain likeness.

The Linn’s U.S. Stamp Yearbook does not mention whether the women were actual service members, not models. But thanks to Linn’s reader Darrell Jones of El Paso, Texas, I have an Oct. 12, 1997 article from the El Paso Times that talks about U.S. Navy seaman Johnson.

A 1995 graduate of Andress High School, Johnson was identified in the article as a member of the U.S. Navy Ceremonial Guard, then stationed in Norfolk, Va.

A search on Google was helpful with regard to three other women pictured on the stamp: Barrett, Bridges and Williams.

Barrett served in the Air Force from 1993 to 2000, among other places at Andrews Air Force Base in Washington, D.C.; in Saudi Arabia; and in South Korea.

After 22 years of service, Bridges retired from the Marine Corps as a master gunnery sergeant. She subsequently earned a doctorate in educational leadership, and has had a second career as director of counseling at a high school.

I think it is safe to assume that the remaining woman who posed for the photograph was also a military member.

So, I will add this stamp to my list of U.S. issues that include images of living individuals. The list contains approximately 65 entries. It is available to Linn’s readers if you send me a stamped addressed envelope plus 15¢ in mint postage to cover the cost of copying. Send requests to me, John Hotchner, Box 1125, Falls Church, VA 22041-0125.