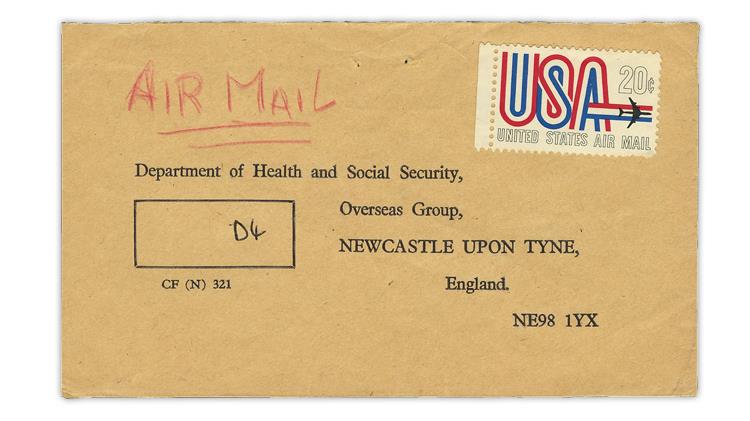 Figure 1. This cover, addressed to the Department of Health and Social Services, Overseas Group, in Newcastle upon Tyne, England, is franked with the 1968 20¢ airmail stamp featuring “USA” and jet. This example of the stamp shows proper registration betwe 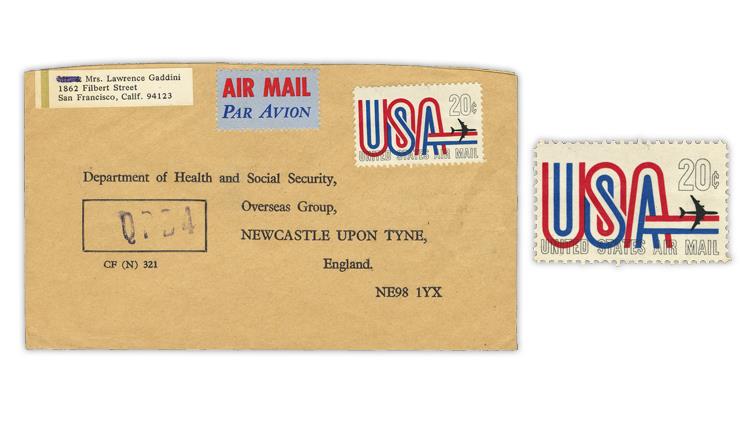 Figure 2. This cover was sent to the same address as the cover in Figure 1 and also was franked with the 1968 20¢ airmail stamp. However, in this case, the jet is flying above the red stripe because the red and blue elements are shifted down with respect
Previous
Next

The United States 20¢ airmail stamp of 1968 (Scott C75) notable for two common varieties available to all collectors who care to notice them. This attractive stamp features “USA” and a jet.

Multicolor stamp designs produced in this era were often the result of a combination of press runs. In this instance, the black parts of the stamp were printed by engraving, while the red and blue colors were added on an offset press. This led to misregistrations between the two processes.

It was intended that the jet fly between the red and blue stripes extending from the letter “A,” as shown on the cover in Figure 1. But the colors could be misplaced, leaving the jet above, below or on the stripes on the final product.

The stamp on the cover in Figure 2 shows one of these varieties: The jet is flying above the stripes.

It was also intended that the red and blue colors be deep and rich as is evident on the color misregistration in Figure 2. However varieties exist in which the red and blue appear washed out and flat because of either ink formulation or ink application problems.

Neither of these types of varieties has a high price tag. They can be found on mint, used and on-cover examples of the stamp, and they can make a nice additional page in your album.

The Scott Specialized Catalogue of United States and Covers does not list these two varieties, nor does it list thousands of similar minor varieties found on other U.S. stamps. But collectors can find many of them featured in articles in the EFO Collector, the quarterly journal of the Errors, Freaks and Oddities Collectors Club, and offered in EFOCC member auctions.

If you would like to learn more about EFO collecting, take a look at the club’s website, or write to EFOCC Secretary Scott Shaulis, Box 549, Murrysville, PA 15668-0549.