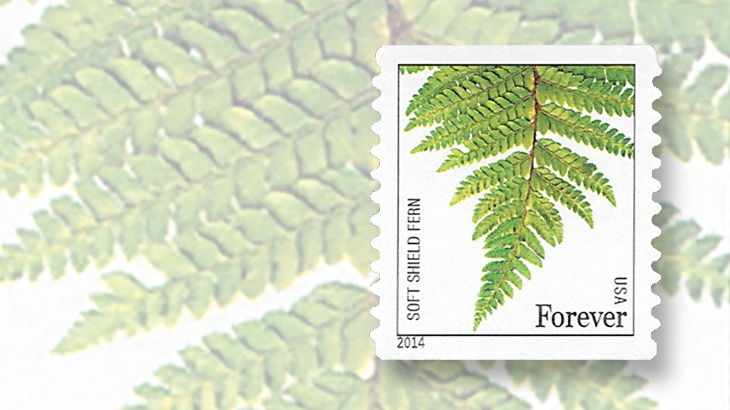 The stamps were printed by CCL Industries with plate number C1111.

The Ferns forever coils were only on sale for a short time before the printer lost the contract to Sennett Security Printers, which printed the current version with plate number S1111. Both versions have vertical serpentine gauge-11 die cuts, but they are easily distinguishable by the plate number.

The CCL Industries version quickly sold out at post offices and was only available by mail order from Philatelic Fulfillment in rolls of 10,000.

Many collectors and dealers missed buying this version at face value from the Postal Service.