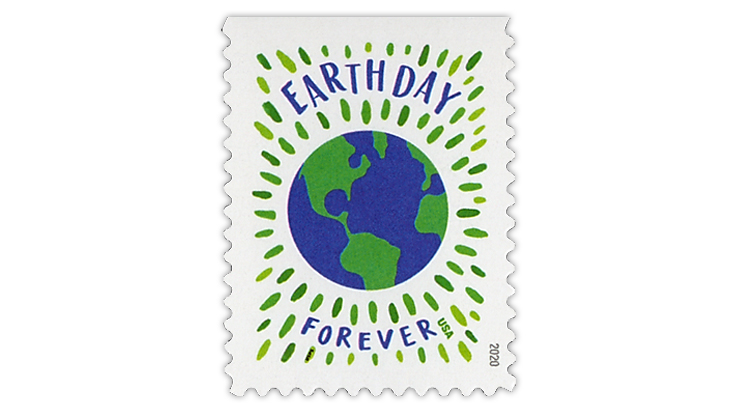 The Earth Day stamp that debuted April 18 is one of two recently issued United States stamps to receive a Scott catalog number.

Included in this month’s listings are Scott numbers for two stamps: the commemorative forever stamp issued April 18 in celebration of the 50th anniversary of Earth Day, and the nondenominated ($1.20) global forever definitive stamp picturing a chrysanthemum. The Chrysanthemum stamp was issued April 24 in panes of 10.

All of the numbers will appear in the Scott New Listings Update section of the June 15 Linn’s Stamp News. For further information, contact Martin J. Frankevicz.