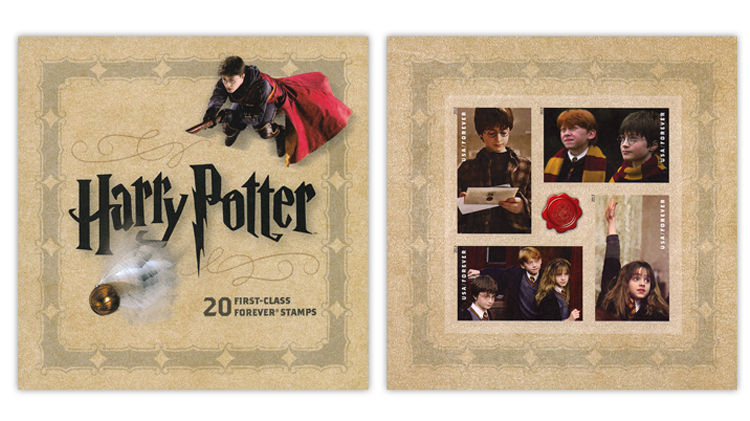 The complete booklet of five panes of the United States 2013 Harry Potter stamps (Scott BK307) is well worth the 2019 Scott Specialized Catalogue of United States Stamps and Covers value of $20. The booklet cover and one of the panes are shown.

To say that the fictional teenage wizard Harry Potter is popular would be a considerable understatement. In 2004, his creator, J.K. Rowling, became the first novelist to make Forbes magazine’s list of billionaires.

While the seven books in the Harry Potter series have been wildly popular, the author has made even more money from the marketing empire and the (so far) eight films in the series.

There is still demand for the complete booklet in the aftermarket. If you need this booklet, it is well worth buying at the 2019 Scott catalog value of $20.