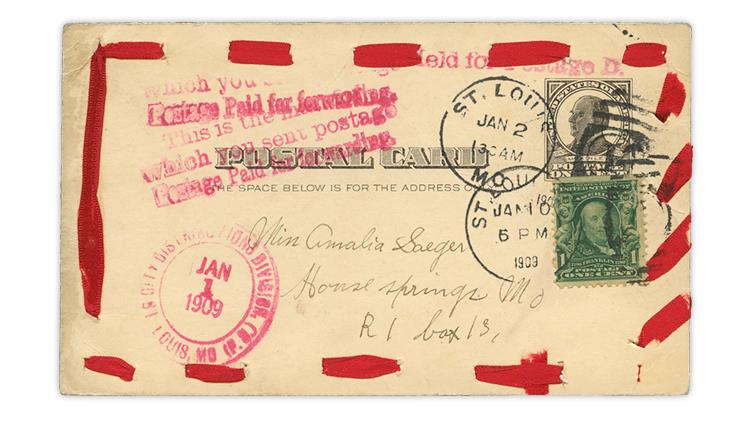 Figure 1. Decorated to celebrate New Year’s, this penny postal card from 1909 was uprated to the first-class letter charge because of the ribbon. 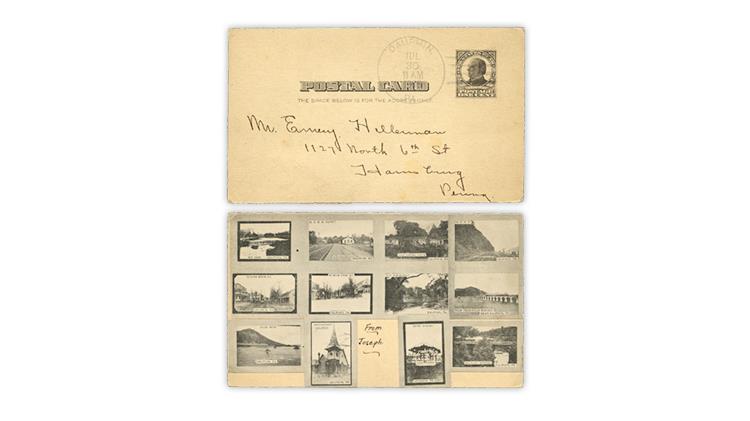 Figure 2. This penny postal card (shown front and back) also was sent contrary to regulations because of the small photos pasted on the reverse. But the United States Post Office Department ignored them and delivered the card without postage due.
Previous
Next

One of the great bargains of yesteryear was the rapid delivery of penny postal cards sold by the United States Post Office Department from 1873 to 1952 when the postal card rate rose to 2¢.

In exchange for the privilege of penny postal cards, the sender was obliged to use the card as is, adding nothing to it. If anything was added, such as pasting on a photo or taping on a news article, the post office treated the card as a first-class letter and charged an extra penny for it.

If the sender were known to the post office, the card would be returned for an additional stamp. If not, the post office would try to collect the penny from the recipient.

The post office did this by sending a notice to the recipient saying that it had mail for which the recipient was obliged to send a 1¢ stamp in order to receive the withheld mail item.

The 1907 McKinley postal card shown here in Figure 1 was subjected to that process because of the red ribbon decoration added by the sender. Her address was not given, so a 1¢ due notice was sent to the addressee, and the card was marked at top right, “Held for 1c Postage D.”

Upon receipt of the needed stamp, the post office added another handstamp (at upper left) proclaiming, “This is the mail for which you sent postage. Postage Paid for forwarding.”

The card was mailed Jan. 1, 1909, and appears to have been a New Year’s greeting with the ribbon adding a bit of a festive feel.

Evidence that the post office was not always so diligent is provided by the 1907 McKinley postal card shown in Figure 2. In this instance, 12 mini photos of Dauphin, Pa., scenes were pasted on the card, which was mailed in 1908 from Dauphin to Harrisburg, Pa. The post office did not try to collect the additional penny.

I am sympathetic because it took more than a penny’s worth of effort to collect the additional cent. And there surely was no effect on delivery from the paste-on, so it was just a technical violation.