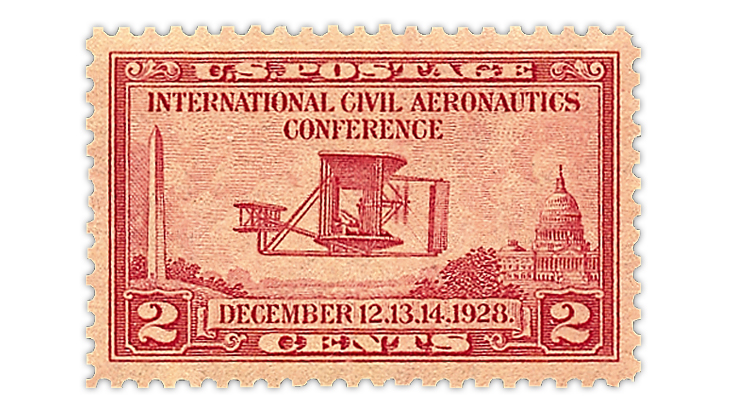 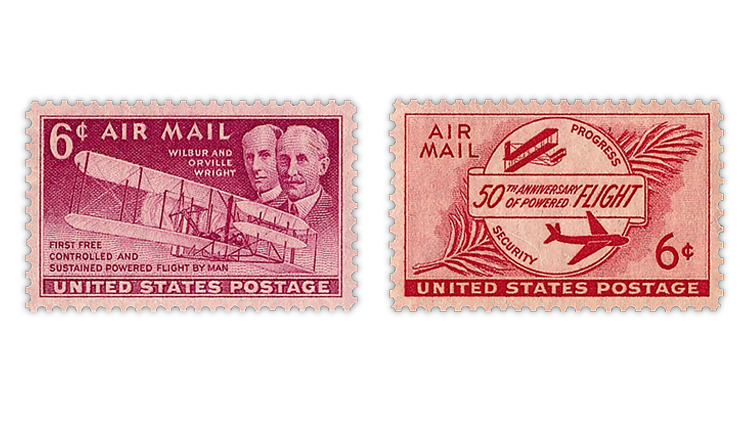 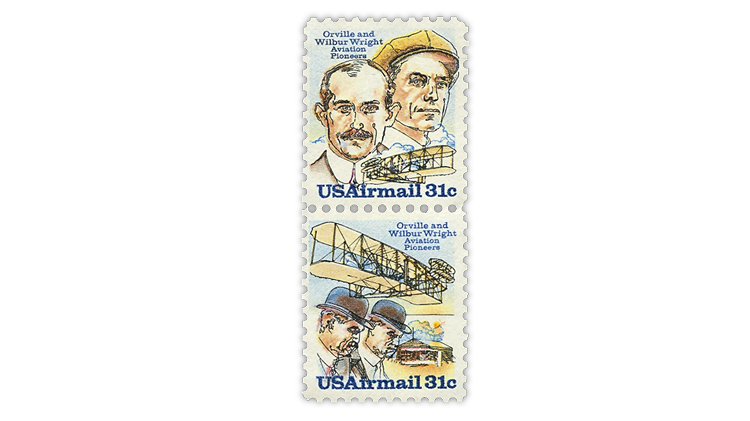 Figure 3. A se-tenant pair of 31¢ airmail stamps was issued in 1978 to commemorate the 75th anniversary of the first powered flight. 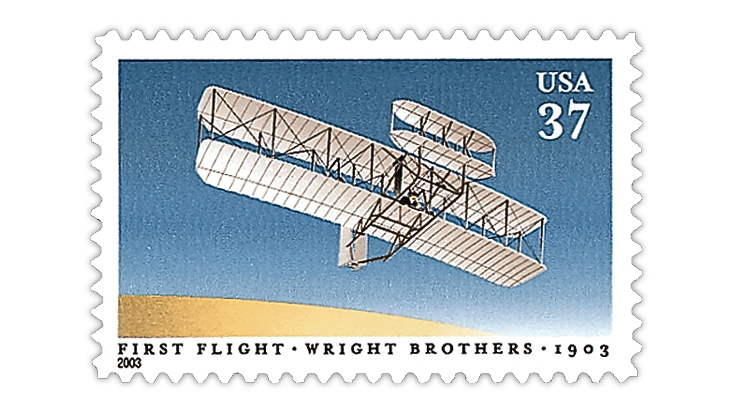 Figure 4. The 37¢ stamp issued in 2003 for the 100th anniversary of the Wright brothers’ first flight pictures Orville piloting the plane. 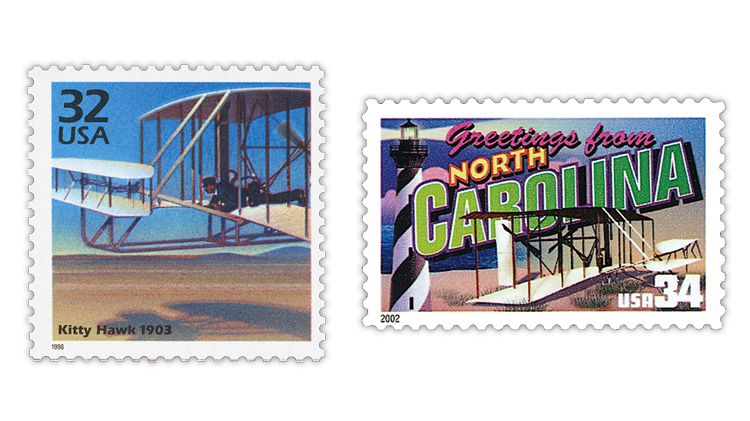 Figure 5. The Wright brothers’ first plane of 1903 appears on stamps in the Celebrate the Century and Greetings From America issues. 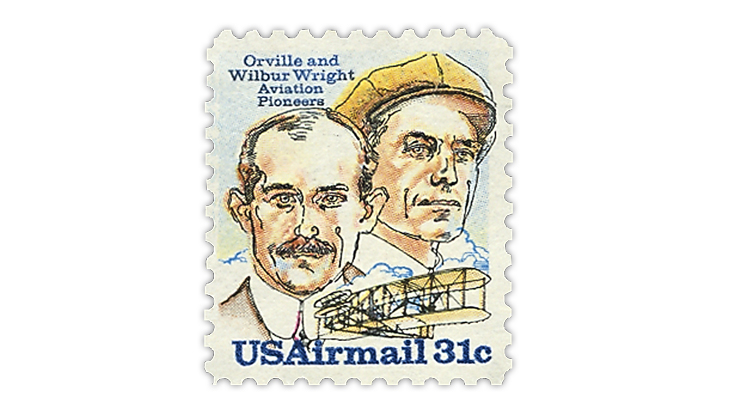 The cartoon caption contest stamp for October is a United States 1978 31¢ stamp honoring Orville and Wilbur Wright and the 75th anniversary of the first powered flight (Scott C91). Entries must be received by Oct. 25 for a chance to win a prize. The rules
Previous
Next

When Orville and Wilbur Wright began experiments toward building their first airplane, they could have had only the most basic idea of the industry it would spawn. As they celebrated after the first successful flight at Kitty Hawk, N.C., in December 1903, they already had ideas for improvements and a clearer picture of the next steps.

However, the concept of postage stamps devoted to airmail service was still a few years into the future. When it came, in 1918, only Orville was alive to see it. Wilbur had passed away in 1910 at the age of 45. Orville died in 1948 at the age of 76.

The first United States stamp to celebrate the Wright brothers’ invention of powered flight was issued in 1928, the 25th anniversary. This 2¢ stamp (Scott 649), the low denomination of the International Civil Aeronautics Conference set of two, features the Wright brothers’ plane, but does not name them.

Figure 1 pictures the stamp. If you look closely, you can see a person at the controls.

It was Wilbur who made the first attempt, aloft for only 3 seconds, on Dec. 14, 1903. The plane, named the Flyer, stalled on takeoff.

After repairs, each brother piloted the plane on two of four attempts on Dec. 17. That is the day credited as the first controlled sustained flight of a powered heavier-than-air aircraft.

Orville went 120 feet in 12 seconds. Then Wilbur went 175 feet, followed by Orville going 200 feet. The final flight on that day, with Wilbur at the controls, went 852 feet in 59 seconds.

Both Orville and Wilbur are pictured on the 6¢ airmail stamp issued in 1949 after Orville’s passing. The stamp (Scott C45) was issued on Dec. 17, the 46th anniversary of the first successful flight.

The 75th anniversary was marked in 1978 by a vertical se-tenant pair of 31¢ airmail stamps (Scott C91-C92), shown in Figure 3. The two stamps depict different images of the brothers and their plane.

For the 100th anniversary in 2003, a 37¢ self-adhesive stamp was issued in a pane of 10 (Scott 3783). The stamp, shown in Figure 4, features the Flyer and is inscribed “First Flight • Wright Brothers • 1903” at the bottom. If you look closely, you can see Orville at the controls. Both brothers are pictured on the back of the pane of 10.

It will be interesting to see if the U.S. Postal Service commemorates the 125th anniversary of flight in 2028.

For the October cartoon caption contest, I have selected the top stamp in the 1978 Wright Brothers pair (Scott C91).

You can put yourself in the place of Orville or Wilbur and tell me what you think either might be saying or thinking, about their experiments, about how airplanes would develop, about philately, or another subject that you would like to address.

For each winner, the prize will be a 13-week subscription to Linn’s (a new subscription or an extension). Entries must reach me no later than Oct. 25.