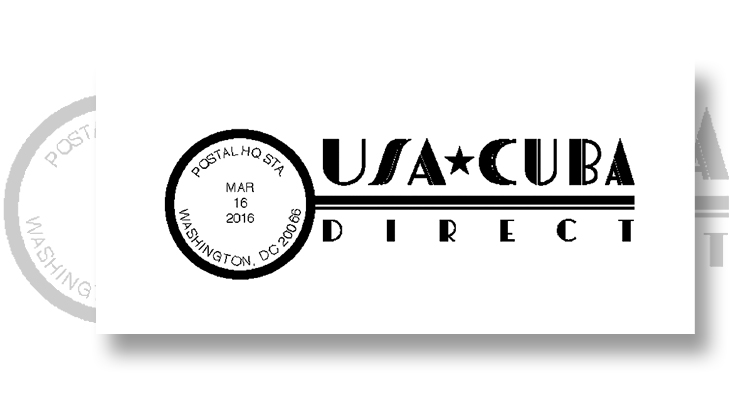 A special postmark created by the United States Postal Service was used on mail sent March 16 from President Barack Obama to a citizen in Cuba. 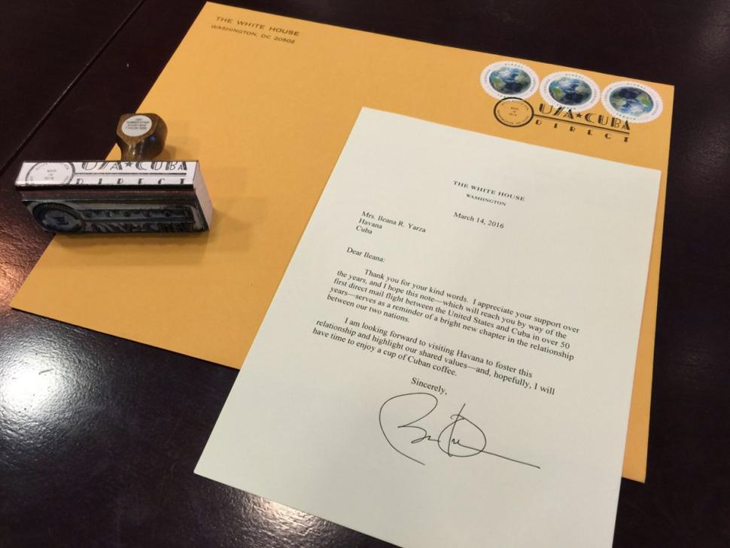 The letter President Barack Obama sent to a resident in Cuba, along with with a large addressed flat envelope franked with three 2013 nondenominated Earth global forever stamps (Scott 4740) and postmarked with the special cancel commemorating the restorat
Previous
Next

For the first time in more than 50 years, the United States Postal Service is transporting mail directly to Cuba.

The Postal Service announced March 17 that it has resumed mail service to the island nation after President John F. Kennedy suspended it in 1963 at the height of the Cold War.

The change in mail delivery policy comes after President Barack Obama restored U.S. ties with Cuba late in 2014, and just days before the president will travel to Havana for a two-day visit.

“The U.S. Postal Service is pleased to participate in the historic direct transportation of mail service with Cuba,” said Postmaster General and CEO Megan J. Brennan.

“Moving letter mail and package volume directly between our countries will improve service for businesses and consumers.”

The first USPS mail dispatch to Cuba includes a letter from Obama to 76-year-old Ileana R. Yarza, a fan of the president who had written to him previously and invited him over for coffee.

A special “USA-Cuba Direct” postmark dated March 16 was used to hand-cancel the president’s mail, according to a report by USA Today.

Obama wrote in his letter,

“Thank you for your kind words. I appreciate your support over the years, and I hope this note — which will reach you by way of the first direct mail flight between the United States and Cuba in over 50 years — serves as a reminder of a bright new chapter in the relationship between our two nations.

“I am looking forward to visiting Havana to foster this relationship and highlight our shared values — and, hopefully, I will have time to enjoy a cup of Cuban coffee.

The president and Mrs. Obama are flying to Havana March 20 for the first trip to Cuba by a sitting American president in 88 years.

A White House photo of the president’s letter, illustrated nearby, shows the letter with a large addressed flat envelope franked with three 2013 nondenominated Earth global forever stamps (Scott 4740) and postmarked with the special cancel.

Some items are prohibited in mail sent to Cuba, and Global Express Guaranteed and Priority Mail Express International services are not available.