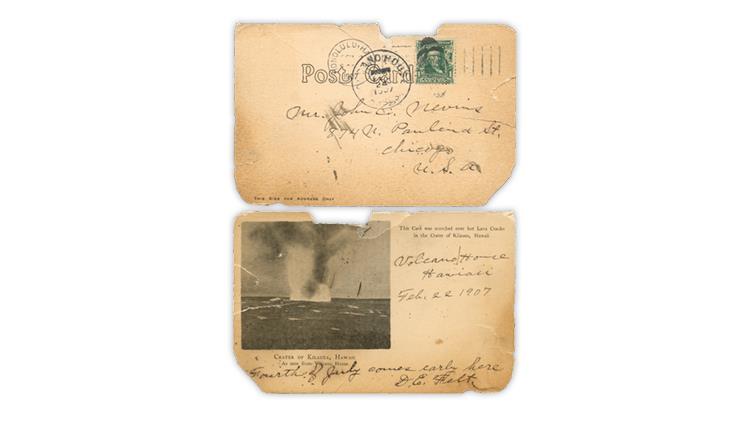 Figure 1. Shown front and back, this brittle postcard sent in 1907 was “scorched over hot Lava Cracks in the Crater of Kilauea, Hawaii.” 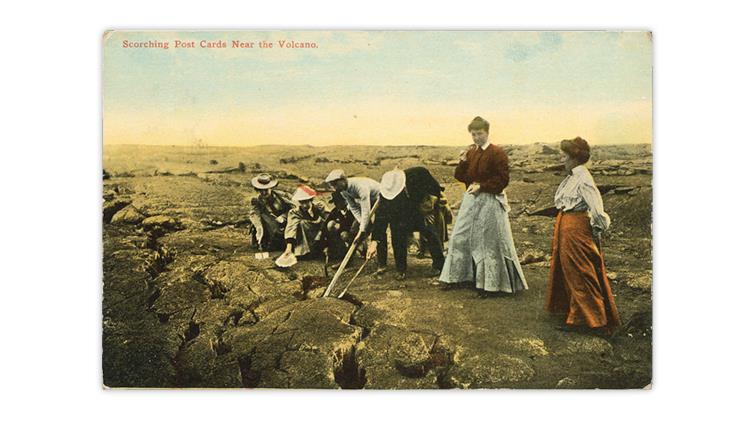 Figure 2. This postcard mailed in 1912 pictures a tour group scorching postcards in the Kilauea crater. 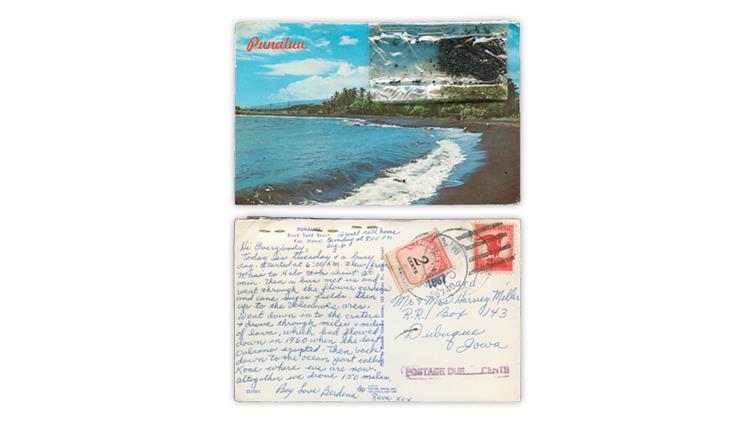 Figure 3. Two packets of black sand are stapled to this picture postcard showing Punalu’u, a black sand beach on the island of Hawaii. The card, which was mailed in 1967, was uprated to airmail letter mail because of the sand packets.
Previous
Next

One of the allures of picture postcards is their value as inexpensive souvenirs of travel, and one of the most unusual of these souvenirs I have ever encountered is the 1907 example shown front and back in Figure 1.

Certainly one of the more esoteric tourist destinations in the time before airplanes was Hawaii, not for the beaches, the lush greenery or the local dancers, but to tour volcanic areas. One feature of these tours was a visit to the crater of Hawaii’s Kilauea Volcano, 30 miles from the city of Hilo.

In the late 19th and early 20th centuries, tour groups would travel that 30 miles armed with food to cook in the hot lava cracks of Kilauea’s crater. And then someone came up with the idea of scorching postcards by lowering them into the fissures. A more unusual postcard received by the folks back home can hardly be imagined.

The Figure 1 postcard shows the crater of Kilauea, as seen from Volcano House, one of two popular tourist hotels near the crater. From the hotel, visitors then hiked 3 miles down the side of the crater to the crater floor.

The postcard is dated Feb. 22, 1907. The printed message on it reads: “This Card was scorched over hot Lava Cracks in the Crater of Kilauea, Hawaii.” The sender also noted with dry humor, “Fourth of July comes early here.”

How many of these postcards survive is an interesting question. After being scorched, they had to survive the rigors of the United States mail, where pieces would break off. And even after arriving, the postcard itself was brittle and easily damaged.

The picture side of a different, unscorched postcard canceled in 1912 is shown in Figure 2. It pictures a group of tourists and is inscribed “Scorching Post Cards Near the Volcano.”

An explosive eruption of Kilauea in 1924 likely ended much if not all of the tourism into the crater.

The volcano remains active, with the last series of eruptions in 2018.

My thanks to Linn’s reader Bob Toal from Maryland who provided the postcards seen here.

Figure 3 shows both sides of a parallel postcard send in 1967. The picture side shows the black sand Punalu’u Beach on Hawaii’s southeastern Ka’u coast. Stapled to the card are two small packets containing different types of black sand created instantaneously by violent interaction between hot lava and seawater.

The postcard was mailed at the 6¢ airmail rate, paid by the 1963 Bald Eagle airmail stamp (Scott C67), but because of the added packets of sand, it was uprated to the 8¢ airmail letter rate. The recipient in Dubuque, Iowa, was charged 2¢ postage due, and a postage due stamp (J90) was affixed.