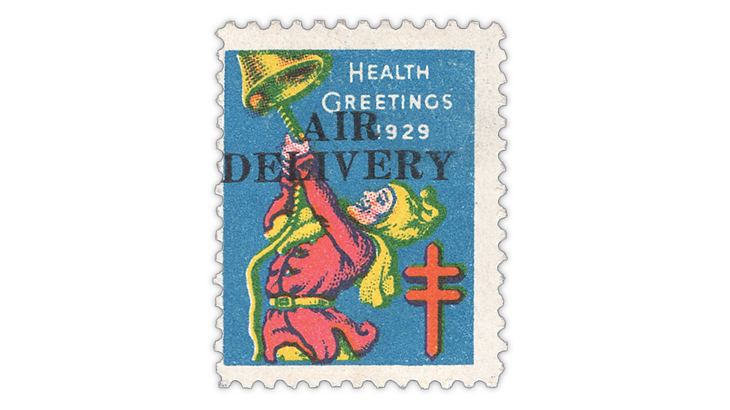 I didn’t know much about it, but as luck would have it, the Spring 2022 issue of Seal News, the journal of the Christmas Seal and Charity Stamp Society, included a two-page article on this overprint by master seal collector George Painter.

Borrowing from Painter’s article, the basic facts are as follows: “The Michigan Tuberculosis Association got permission from the national association to overprint 100 sheets (10,000 seals) with the words ‘Air Delivery’ for a special educational and promotional campaign. Their idea was to drop these sheets from a plane over an expanse of Michigan. They were delivered to schools or to towns in which people who had bought 1928 seals were selected by lot.

“The sheets were dropped, via parachute, from a plane. Names of those previous buyers were on the packages dropped. Newspapers document wide distribution of these seals. They were dropped over a three-day period from ...