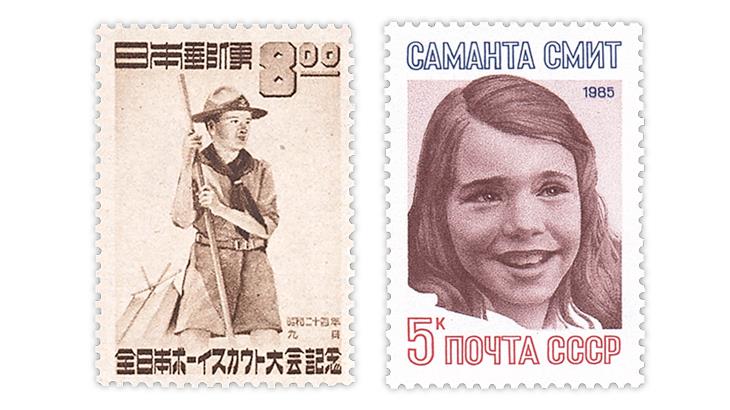 Figure 1. Both these foreign stamps show American youth: George P. Russell on the 1949 Japanese stamp and Samantha Smith on the 1985 stamp from the Soviet Union. 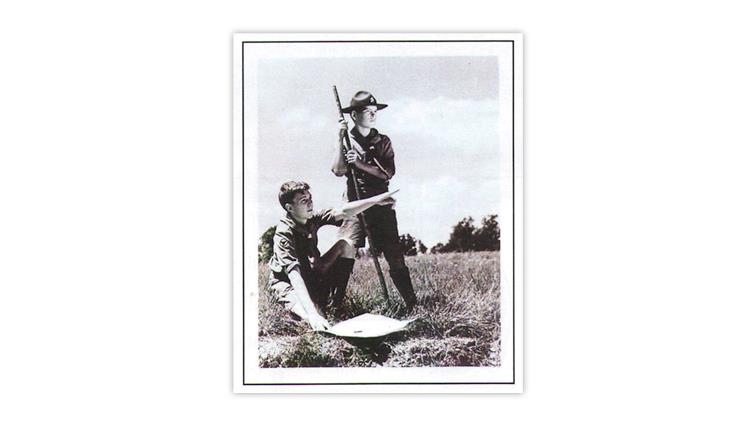 Figure 2. The design of the Japanese stamp shown in Figure 1 is based on this photograph published in the 1948 Scout Field Book.
Previous
Next

In the U.S. Stamp Notes column in the Nov. 26, 2018, issue of Linn’s, I featured two young Americans that were pictured on foreign stamps.

The 8-yen Japanese stamp (Scott 467), which was issued in 1949 for the National Boy Scout Jamboree, pictures George Paxton Russell of St. Petersburg, Fla.

The 1985 5-kopeck Russian stamp honors Samantha Smith from Manchester, Maine (Scott 5415). At age 10 in 1982, she wrote to Yuri Andropov, the general secretary of the Communist Party of the Soviet Union at the time. In her letter she asked that the superpowers work toward a more peaceful world.

Andropov’s staff knew a public relations gift when they saw one. She was invited to the Soviet Union, and when she made the trip in 1983, it was covered by news media from around the world.

Unfortunately her story came to a sad end when she and her father were killed in a 1985 plane crash of a small regional airline flight attempting to land in bad weather at the Lewiston-Auburn Regional airport in Auburn, Maine.

The 1985 Russian stamp was a tribute to her memory.

Thanks to responses from Linn’s readers after the aforementioned 2018 column, I have additional information to share.

David Parks of Richmond, Va., sent a column from the July 17, 2005, issue of the South Florida Sun-Sentinel. In this article, the newspaper’s stamp columnist, Richard Carr, wrote about efforts to convince the United States Postal Service to issue stamps for both Smith and Anne Frank, who kept a diary while she and her family hid from the Germans rounding up Jews in Holland during World War II.

Frank’s diary was published in 1947 and became a worldwide best seller. She also came to a tragic end, dying (probably of typhus) in a German concentration camp at age 15.

In his column, Carr reported that a Jan. 23, 1997, Senate resolution by Sen. Olympia Snowe (R-Maine) asked the United States Postal Service to “issue a series of postage stamps highlighting the extraordinary achievements of young Americans, and that a stamp honoring Samantha Smith of Manchester, Maine shall be the first in this series.”

That resolution and a later internet campaign to encourage people to write to the Postal Service in support of postage stamps for Smith and Frank have not to date achieved their desired end.

My mention of the Japanese stamp spurred Lawrence Clay, a past president of the Scouts on Stamps Society International (SOSSI), to gather what information he could on the stamp for an article in the January-February 2019 issue of the SOSSI Journal.

According to Clay, the stamp’s design was based on a photograph from the Boy Scouts of America Scout Field Book, published in 1948.

“The two Scouts in the photo are George P. Russell standing and Norman A. Day kneeling,” Clay said. He also noted that the designer of the Japanese stamp removed Day from the design and altered the appearance of Russell’s eyes but left the remaining photo details unchanged.

Clay also researched Russell’s life and found that he was born in Westfield, N.J., and served in the U.S. Army Infantry in the Philippines at the end of WWII. This was followed by an assignment as an honor guard at the Tomb of the Unknown Soldier at Arlington National Cemetery.

After leaving the military, Russell worked in New Jersey as a journalist, then moved in October 1952 to St. Petersburg, Fla., to be a public relations manager for the Gay Blades Roller Rink. He engaged in other public relations pursuits until his death at age 69 in 1996.

The article from the SOSSI Journal gives much more detail on how the photo came to be used on the Japanese stamp and also about Russell’s life.

Linn’s readers who would like a copy of this article should send a stamped addressed business-size envelope and 25¢ in U.S. postage to cover photocopying costs to me, John Hotchner, Box 1125, Falls Church, VA 22041-0125.

Young Americans on stamps of Japan and Russia