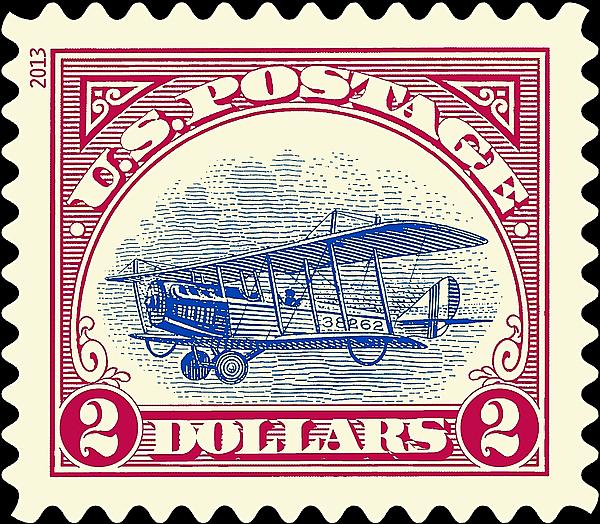 A United States Postal Service publicity image of a single $2 upright Jenny Invert stamp. A pane of the intentionally created variety was purchased at a post office in Zanesville, Ohio, in early November.

A new find of the intentionally created upright variety of the United States $2 Jenny Invert pane was found in Ohio in early November.

Linn’s tally of the number of panes found now stands at 20, which leaves 80 panes still waiting to be discovered.

U.S. Postal Service spokesman Mark Saunders told Linn’s that the latest example reported to the USPS was purchased in Zanesville, Ohio. This is the first find from an Ohio post office.

Ten days later, the Postal Service revealed that just 100 panes of six showing the airplane flying right side up were randomly seeded into the entire print run of the normal stamps.

In some instances, the location where the variety stamps were purchased is not known. Some of the 20 panes counted by Linn’s were certified by philatelic grading services but not reported to the Postal Service.

Of the 13 panes reported to the USPS — counting the latest find — three were discovered in stock shipped from Stamp Fulfillment Services; post offices in New York, New Hampshire and Wisconsin sold two panes in each state; and post offices in Georgia, Ohio, Texas and Virginia supplied one pane each.