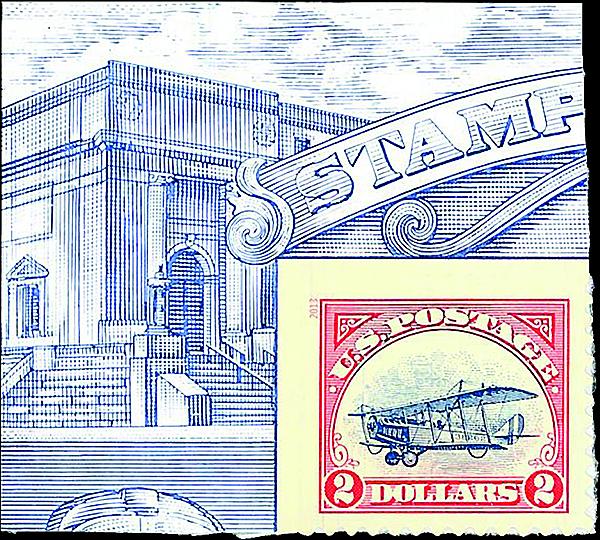 A single stamp from the upright variety of the U.S. $2 Jenny Invert pane was offered at auction May 21 but did not sell. Eighteen upright variety panes have been reported.

A single United States upright $2 Jenny Invert stamp cut from a pane of six did not sell during the May 21 Daniel F. Kelleher auction in Danbury, Conn.

This is the first single stamp cut from an upright Jenny Invert pane to be offered in a public auction. Linn’s is aware of other examples that have sold privately, but details of those sales were not revealed by the sellers.

The U.S. Postal Service issued the Jenny Invert pane of six $2 stamps Sept. 22, 2013. The Postal Service revealed in October that 100 panes of six showing the airplane flying right side up were intentionally printed and randomly seeded into the print run of normal stamps.

Of the 100 upright variety panes created, Linn’s tally of the panes found to date is 18.