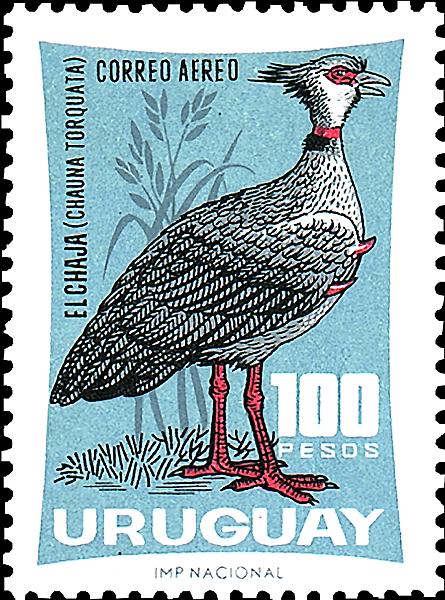 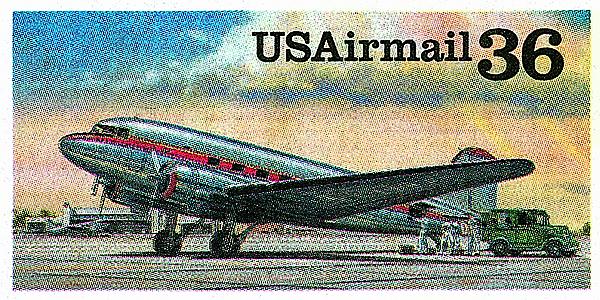 United States — The U.S. Postal Service and its predecessor, the Post Office Department, have issued some very attractive airmail postal cards. The first one, a 4¢ Eagle in Flight airmail postal card (Scott UXC1), was issued in 1949. Since that time, fewer than 30 of these postal cards have been issued. If you are looking for a finite collecting area with attractive subject matter, this could be the one for you.

The values in the 2014 Scott Specialized Catalogue of United States Stamps and Covers for many of these airmail postal cards correctly used in period are 30 times to 100 times more than their values in mint condition. The date of use is crucial. Cards used out of period are often worth less than cards in mint condition. That is why the used values are italicized in the 2014 Scott U.S. specialized catalog.

To start off with, for both its attractive design and for the historic aircraft that it pictures, I like the 36¢ Douglas DC-3 airmail postal card (Scott UXC24), issued May 18, 1988. The 2014 Scott U.S. specialized catalog values it at $30 in used condition. I would not be afraid to pay up to the catalog value for an example correctly used in the rate period that was in effect from April 3, 1988, through Feb. 3, 1991.

Uruguay — Known officially as the Oriental Republic of Uruguay, this is a relatively small country on the Atlantic Coast of South America, sandwiched between Brazil and Argentina.

More than half of Uruguay’s population of 3.3 million lives in the capital, Montevideo.

After many rough years of instability and military dictatorship, Uruguay has been a stable and relatively prosperous representative democracy since 1984.

Uruguay has a small but active collector following in the United States.

Topical collecting remains one of the more active stamp markets in the United States, and birds are among the most popular topical subjects.

Uruguay has issued quite a few bird stamps, beginning with the Southern Lapwing definitive series of the 1920s. Most of these stamps are relatively affordable and easy to find.

One that is more difficult is the high-face-value 100-peso Crested Screamer airmail stamp (Scott C288) issued July 7, 1966. At the time this stamp was issued, the basic letter rate was only 7 pesos. The 2014 Scott Standard Postage Stamp Catalogue values the stamp at $10.50 in mint never-hinged condition and $2.25 in used condition. I think it is a good buy at those prices, if you can find it. — H.G.