U.S. Christmas Seal printer's waste from 1927 put to creative use 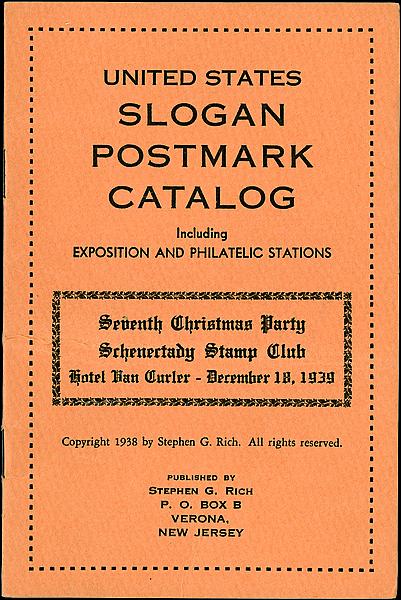 Figure 3. One of Stephen G. Rich’s publications serves as the front and introduction to the program for the 1939 Schenectady Stamp Club Christmas party. Rich was a giant of the hobby from the 1930s well into the 1950s, and remains a name of note today. 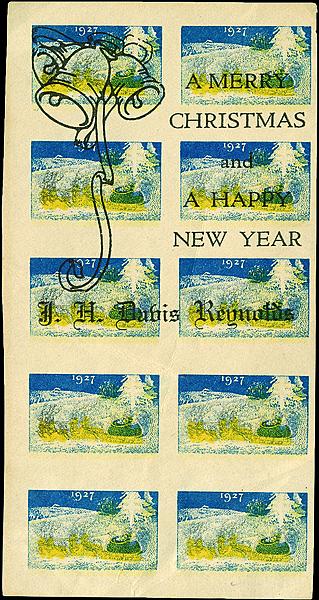 Figure 2. A variety of type 3 printer’s waste was used by a collector to make up his Christmas/New Year’s greeting. 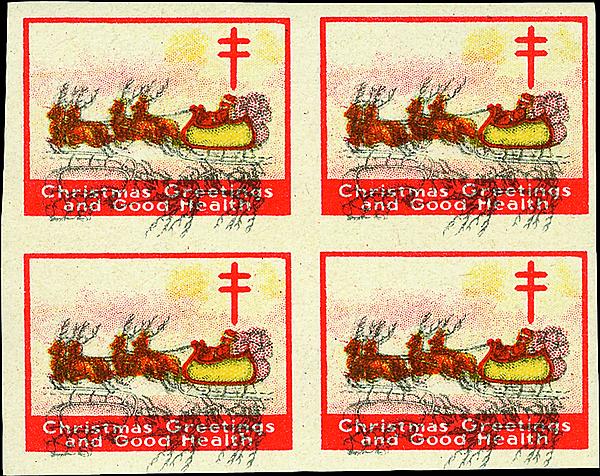 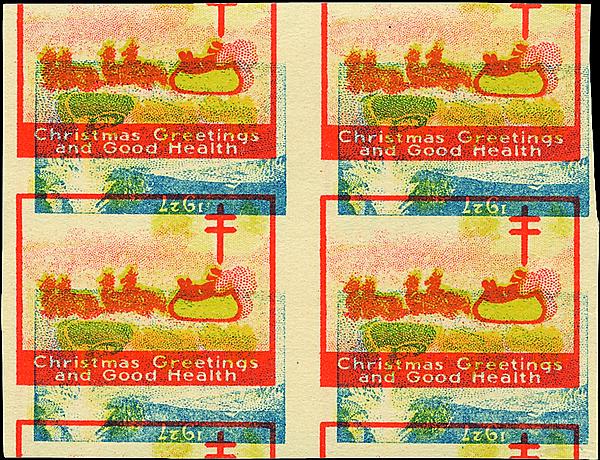 A couple of those varieties are pictured here in Figure 1.

They are types 7 and 27, according to an excellent article in the Summer 2011 issue of Seal News, the quarterly journal of the Christmas Seal and Charity Stamp Society.

The article pictures each type in color. It also speculates on how the waste came to be created and released to the public.

A version of type 3 exists in which someone named J.H. Davis Reynolds used the waste to present his Christmas/New Year’s greetings, as pictured in Figure 2.

If you have an interest in United States or foreign Christmas seals, the Christmas Seal and Charity Stamp Society definitely is for you.

The four issues of Seal News each year are an excellent resource with articles detailing what exists and why. The articles are well illustrated in color.

In addition, it has an auction with each issue, catalog updates, and guides to resources that have been published.

Yearly membership is only $17.50 for people in the United States and Canada.

Stephen G. Rich (1890-1958), a philatelic hero of mine, was an A-class researcher, an organizational activist, and a writer on our hobby in especially the 1930s to 1950s. His name on any bit of philatelic memorabilia will tempt me.

So the little booklet in Figure 3, titled United States Slogan Postmark Catalog, was a must-have when it was found in a dealer’s box. The booklet bears a 1938 copyright by Rich and was published by him as well.

A second attraction was that the booklet cover was only borrowed to serve as a program cover for the Dec. 18, 1939, seventh Christmas party of the Schenectady Stamp Club, held at the Hotel Van Curler, now Elston Hall at Schenectady County Community College.

Another Stephen G. Rich connection, inside the four-page booklet, is that he is identified as the honored guest and speaker at the event.

A philatelic contest was held at 8 p.m., and Rich’s remarks were scheduled for 8:30 p.m.

I am tempted to wonder if his speech is recorded anywhere?

In this era it was not unusual for philatelic events to have ornate souvenirs.

With the exception of the occasional cacheted cover, we don’t see much of that sort of thing these days. Truly a pity.