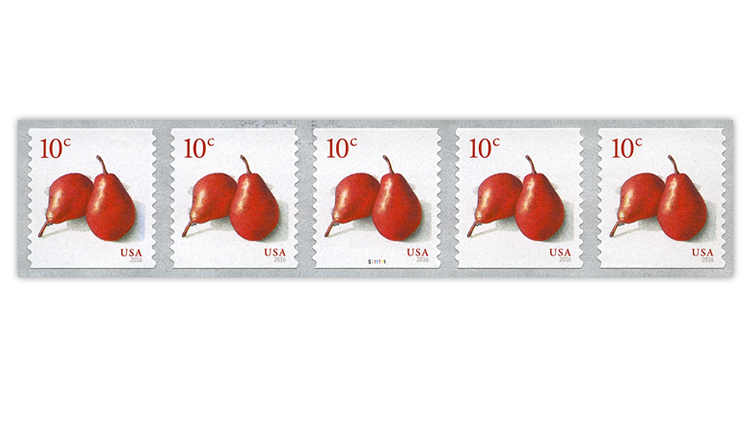 Four low-denomination Fruit series coil stamps are now being offered in a smaller roll size, according to a report published Jan. 17 by the United States Postal Service.

Previously available only in rolls of 10,000 from the USPS, beginning Jan. 27 these coils are being sold in rolls of 3,000 as well.

According to the Postal Service, the stamps in the new size coil rolls are being created by the same printers and will not differ in any significant way from the original issues in the larger rolls.

This story was edited Jan. 22 to update with the Postal Service response.