U.S. stamp for Jim Morrison considered in 1993 and rejected 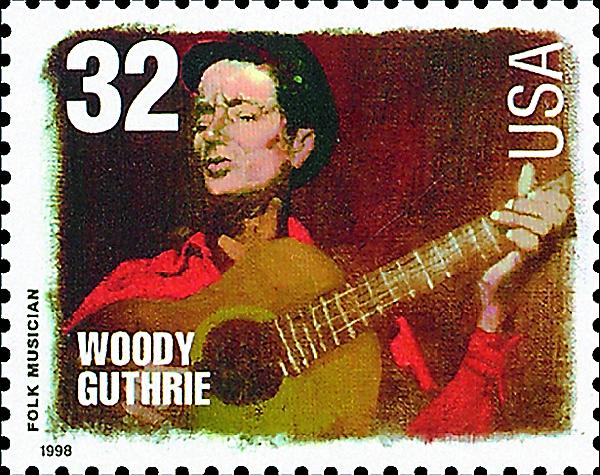 Figure 3. Woody Guthrie could fairly be called anti-establishment, and yet here he is, depicted on a U.S. postage stamp in 1998. Guthrie’s son Arlo referred to it as “a stunning defeat.” 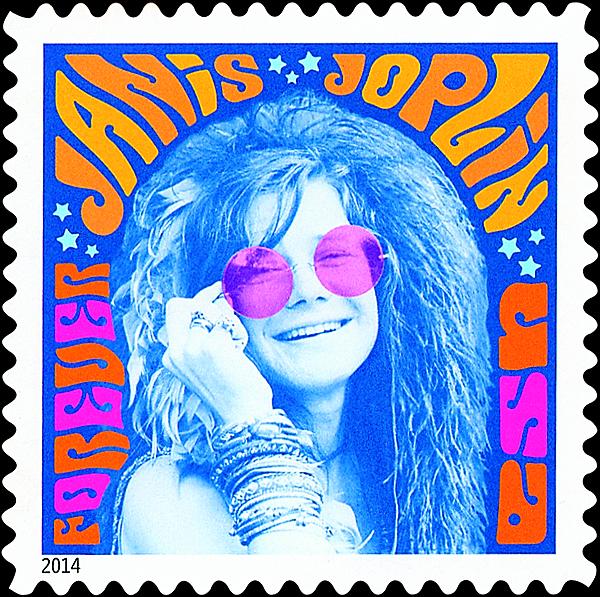 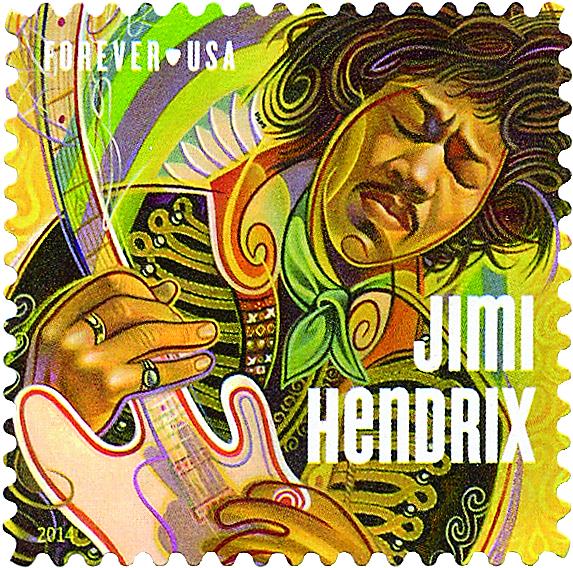 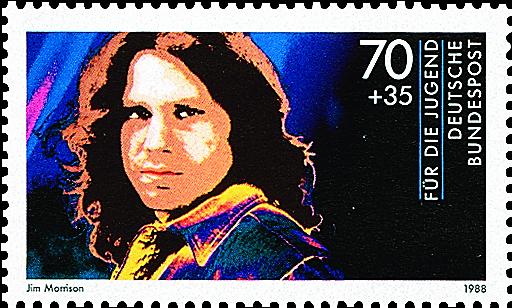 Figure 1. Germany issued this Jim Morrison semipostal in 1988. It is one of four stamps in the German set honoring well-known rock stars.

A United States stamp honoring singer-songwriter Jim Morrison (1943-71) appears to be in the works, according to a leaked stamp subjects list published by The Washington Post in February.

Germany issued a 70-pfennig+35pf semipostal honoring Morrison, the front man for the Doors, in 1988. The stamp (Scott B668) is shown in Figure 1.

Stamps for Lydia Mendoza, Johnny Cash and Ray Charles were issued in the series in 2013. Figure 2 shows the 2014 stamps for Jimi Hendrix and Janis Joplin.

I am less than enthusiastic about some of these folks that are being recognized. Yes, their music entitles them to be remembered in the Rock and Roll Hall of Fame, but in my opinion their private lives, if there exists such a thing for people at this level of fame, disqualifies them from being honored on U.S. postage stamps.

Ah, but the stamps will make a bundle of money for the U.S. Postal Service — and isn’t that what matters?

It is of interest to note that the idea of a Jim Morrison stamp was floated to the Citizens’ Stamp Advisory Committee as early as 1993, according to a friend who was on the committee at that time, five years before I joined CSAC for a 12-year run that ended in 2010.

Apparently the word got out that Morrison was being considered, as committee members received a letter from Patricia Kennealy Morrison, his self-described wife “without benefit of licence.”

Her letter, dated Nov. 1, 1993, goes on for two single-spaced pages, but its essence can be summed up in her introductory paragraphs:

“It has come to my attention that certain misguided individuals, with no knowledge of or connection to the principal whatsoever, save the one existing in their own delusional minds (or, indeed, apparently any lives of their own), have been pushing an effort to get you and the other members of the Citizens’ Stamp Advisory Committee to put upon a U.S. postage stamp the likeness of my late beloved consort, Jim Morrison.

“Since I think I can speak for Jim, in his absence, with rather more authority and knowledge than they, and assuredly with more love and caring (which he in turn reciprocated), I should like to bring to your attention how very deeply my much-loved deceased partner would have objected to appearing on anything that would use him — his name and fame and face and image — to make money for a government that, when he was alive, did everything it could to bring him down in flames, and which was, in my estimation as well as his own, responsible at least in part for his death.”

Whether for this or other reasons, a Morrison stamp was not issued. But fans are nothing if not persistent, so here we are again.

I don’t know if Patricia Morrison has again weighed in on the subject, but in this pop culture era of U.S. stamps, I doubt her feelings would sway the committee or the USPS.

There is precedent for ignoring the feelings of a stamp subject and their family.

Woody Guthrie was the subject of a 1998 32¢ commemorative stamp shown in Figure 3. It was issued as part of a Folk Musicians set in the American Music series.

When the stamp had been issued, his son Arlo Guthrie said, “For a man who fought all his life against being respectable, this comes as a stunning defeat.”