Use of U.S. Fruits coils on 2019 mailing sets new record 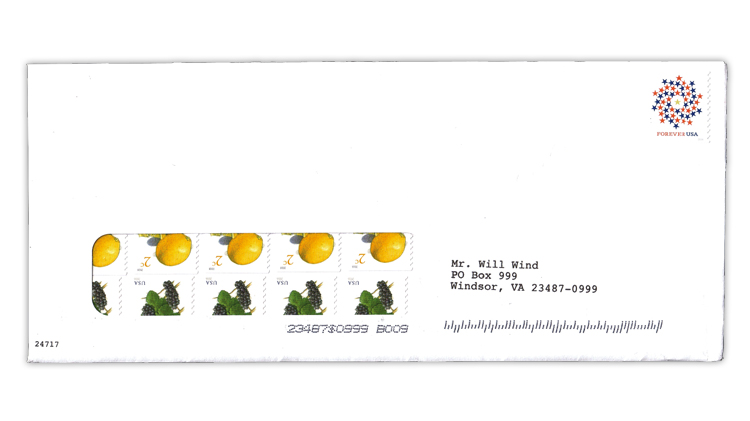 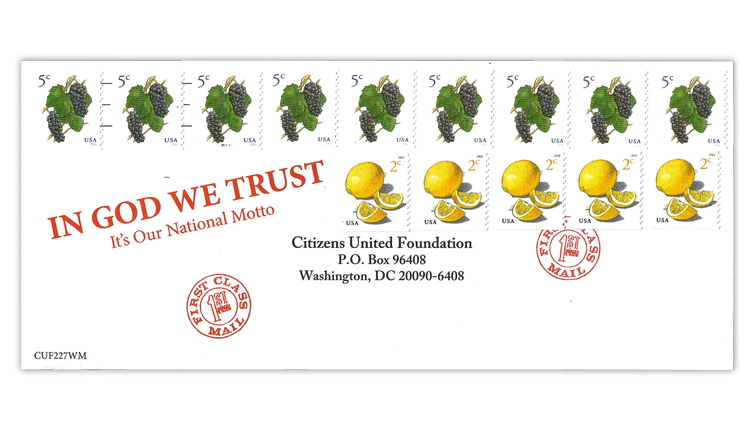 Figure 2. The reply envelope inside the delivery envelope pictured in Figure 1 is franked with nine 5¢ Grapes coils and five 2¢ Meyer Lemons coils to fulfill the necessary 55¢ in return postage for a letter weighing 1 ounce or less. 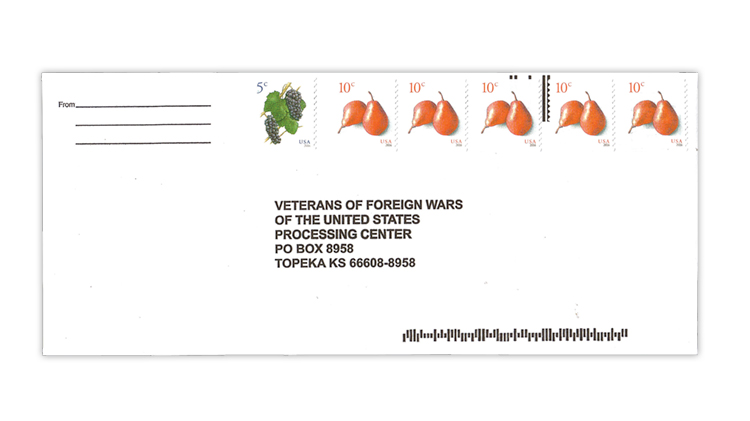 Figure 3. A fundraising reply envelope from the Veterans of Foreign Wars arrived in late January 2019 with 55¢ postage affixed, paid by six coil stamps. 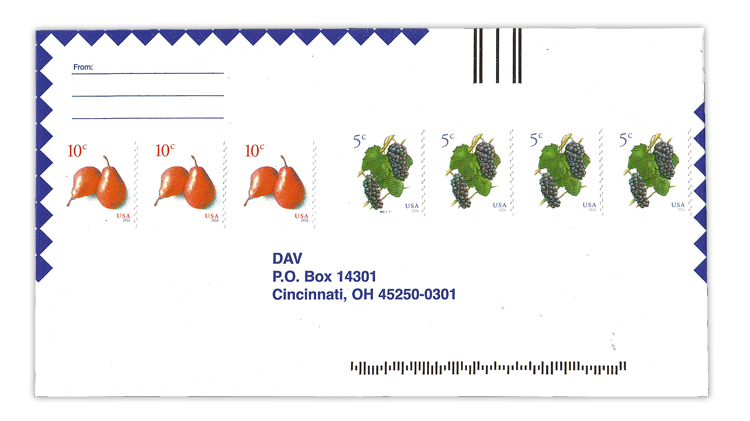 Figure 4. By the time this Disabled American Veterans fundraising reply envelope was delivered Jan. 30, 2019, the 50¢ postage affixed in the form of seven Fruits coil stamps was not enough to fulfill the new 55¢ postage rate.
Previous
Next

Some might argue, however, that the mailers are just using the current self-adhesive large coil rolls offered by the U.S. Postal Service, regardless of design.

But uses of the 10,000-count rolls — designed for affixing machines that frank mass mailings — have reached a new height, spurred in part by the current 55¢ letter rate.

To prepay reply postage, one mailer eschewed using the fewest low-denomination coil stamps to equal 55¢ in favor of a combination of more than a dozen stamps.

The political fundraising mailing pictured in Figure 1 shows parts of 10 Fruits coils through the envelope window that is normally used for an inserted address.

Opening that exterior envelope revealed that the stamps are affixed to a courtesy reply envelope, which altogether is franked with nine 5¢ Grapes coils (Scott 5038) and five 2¢ Meyer Lemons coils (5256).

That reply envelope is pictured in Figure 2.

These 14 coils adding up to 55¢ appear to be the greatest number of stamps mechanically affixed to a reply envelope in a mass mailing for the 1-ounce letter rate.

Of added interest is the plate number “P111111” found on the third 5¢ Grapes coil from the left.

The outer envelope is franked with a 2016 Patriotic Spiral forever coil stamp (Scott 5130) to pay the first-class rate for a letter weighing 1 ounce or less.

While unpostmarked, the mailing was received in the week prior to the Jan. 27, 2019, start of the 55¢ rate. The most that the mailer paid for the Patriotic Spiral coil is 50¢, the prior rate. The stamp was sold for 47¢ when originally issued.

Had the mailer elected to use five 10¢ Pears coils (Scott 5039) on the outer envelope, as some have done, the mailing would have tied an earlier example reported in Linn’s (Aug. 31, 2015, page 27) for the most coil stamps used in total (19) in a 1-ounce fundraising mailing.

I suspect that some mailing soon will break this record. Combining a 5¢ Grapes stamp with five 10¢ Pears to fulfill the 55¢ first-class rate, with a reply envelope of 14 coil stamps, would use 20 coil stamps in total.

Which collector will first report finding such a record breaker?

In the same week before the 55¢ rate began, the mail also delivered a nonprofit donation appeal from the Veterans of Foreign Wars. As is typical for fundraising mailers in the month or so before a letter rate change, they prepay reply envelopes with postage at the upcoming higher rate, not the current rate at the time of mailing. In this instance, the VFW used five 10¢ Pears and a 5¢ Grapes coil to frank the reply envelope, as shown in Figure 3.

But in accounting for the slowness of marketing mail delivery, another well-known organization underpaid the new rate in at least one case.

A Disabled American Veterans mailing with a “2019 Official Reply Document” insert was delivered Jan. 30, 2019. It held a reply envelope franked with prepaid postage totaling only 50¢, in the form of three 10¢ Pears coils and four 5¢ Grapes coils.

In practical terms, this flub likely did not affect the hoped-for response level of donations. Most recipients deciding to donate are unlikely to recall the correct letter rate (thanks to more than a decade of forever stamps).

It is also doubtful that any postal worker would notice the 5¢ stamp shortage in today’s mostly automated mail processing.

Ronald Blanks has collected stamps since 1968. He currently specializes in U.S. postal history of marketing mail and of mechanized postal improvements.