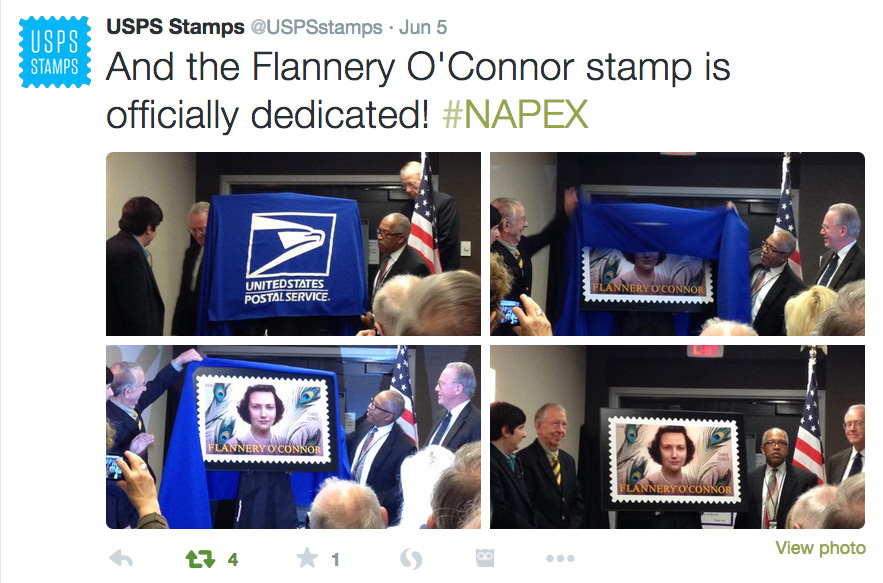 @USPSStamps tweeted from the first-day-of-issue ceremony of the Flannery O'Connor forever stamp on Friday, June 5.

O'Connor is the author behind the novel Wise Blood, published in 1952. She also wrote the short story collection A Good Man is Hard to Find, and Other Stories, and another novel, The Violent Bear it Away.

A federal appeals court has told the United States Postal Service the 49¢ first-class stamp may have to go.

The offerings in a series of sales being held from June 22 through June 25 by Robert A. Siegel Auction Galleries range from classic United States stamps and postal history to telegraph stamps, carriers and locals, and a selection of worldwide rarities that includes a seldom-seen U.S. stamp with a catalog value of $1 million.