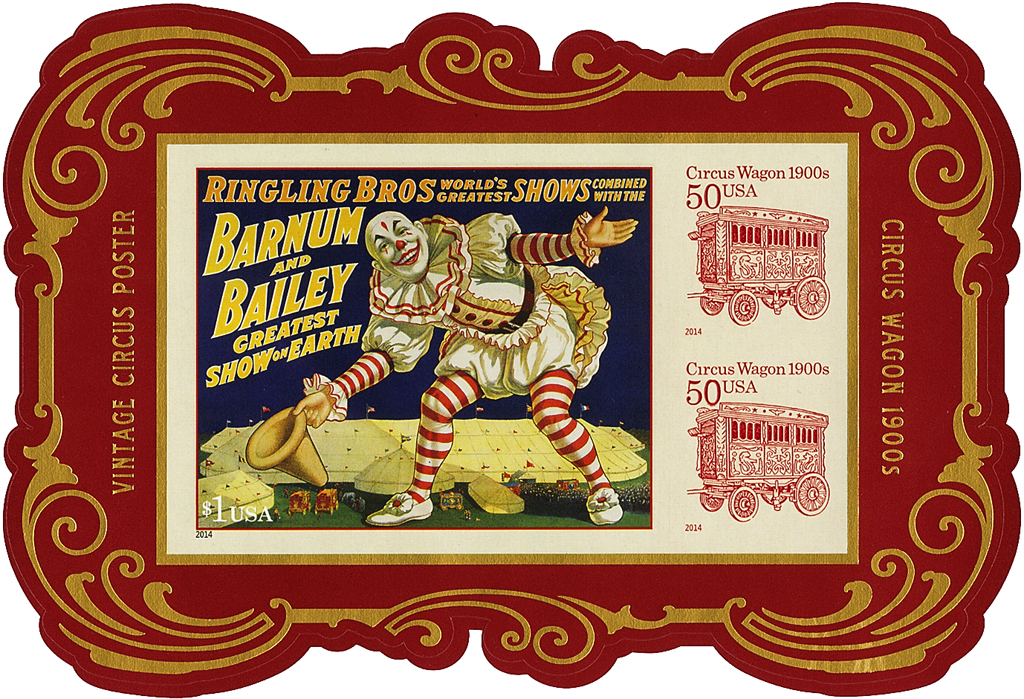 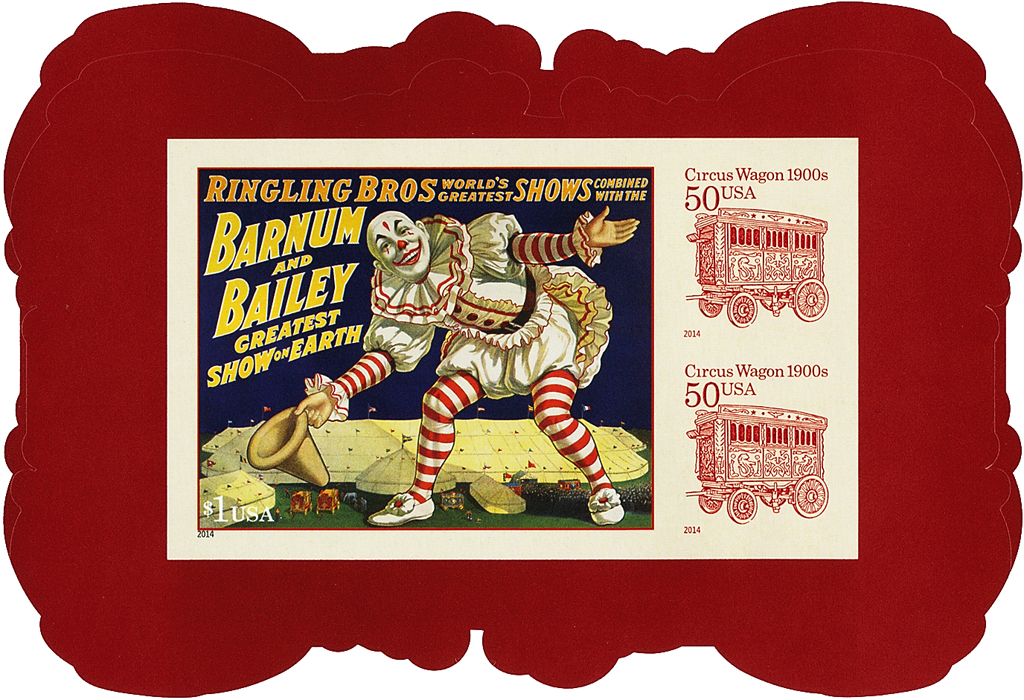 Mystic Stamp Co. reports that it has one full press sheet of the 2014 Circus imperforate souvenir sheets with the hot-stamped gold foil text and gold foil design ornaments missing from the red sheet selvage.

The error press sheet contains 12 of the three-stamp souvenir sheets, with the stamps imperforate as issued.

“The whole office was excited. A Mystic colleague noticed the error,” said Don Sundman, president of the Camden, N.Y., based firm.

“We wonder if these are the only 12 sheets,” Sundman added.

The stamp company is planning to offer the sheets to its customers soon. A note on the Mystic website states that the press sheet was already separated into individual souvenir sheets when the error was found.

The three stamps are centered within the ornamental shape of the horizontally oriented souvenir sheet, surrounded by red margins that normally have gold foil trim positioned all around the stamp block.

On the normal souvenir sheet, there is also text imprinted in gold reading up along the left edge of the stamp block (“VINTAGE CIRCUS POSTER”) and down along the right edge (“CIRCUS WAGON 1900s”).

The editors of the Scott Specialized Catalogue of United States Stamps and Covers told Linn’s Stamp News that both the normal sheet and the error sheet will receive minor Scott catalog numbers, but that those numbers have not yet been determined.

The Nov. 17, 2014, Linn’s reported that in addition to the original yearbook distribution plan, press sheets of the Circus Wagon souvenir sheets would be issued Dec. 10.

The sheets were printed and processed by Banknote Corp. of America for Sennett Security Products, according to technical details published by the Postal Service.

The press sheets could be pre-ordered beginning Nov. 10, 2014, but the Postal Service stopped accepting orders Dec. 3 because the issue was sold out, one week before the official issue date.

Many collectors expressed dismay that the souvenir sheet with die cuts between the stamps could be obtained in mint condition only by purchasing the USPS yearbook. The hardcover book, which comes with 90 stamps, sells for $64.95.