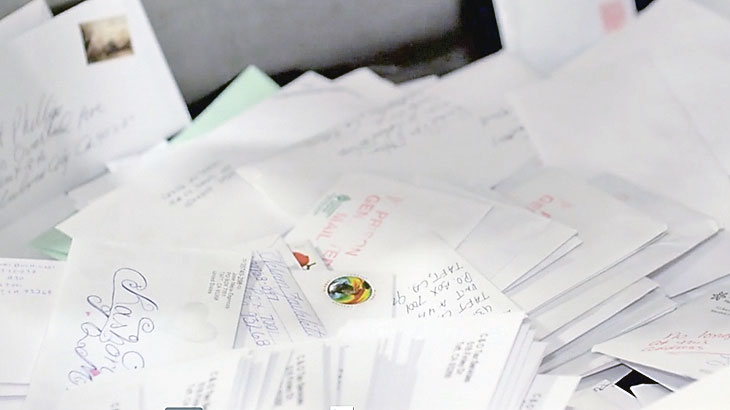 Continued growth in the U.S. Postal Service’s parcel delivery did not fully offset revenue losses from declines in first-class letter mail and advertising mail in the first quarter of fiscal 2018. Screen capture from USPS video.

The same problems that plagued the United States Postal Service last year continued to erode profits in the first quarter of fiscal 2018.

The result was that the Postal Service reported that its “controllable income” fell to $353 million in the quarter that ended Dec. 31, down from $522 million in the same quarter of fiscal 2017.

The first quarter typically is the most profitable of the year because it includes holiday mailings, but, on Feb. 9, USPS officials said both first class and advertising mail volumes continued to decline, with single piece first-class letters falling by 5.7 percent and advertising mail by 5.9 percent.

Package mail continued to grow by 6.9 percent in the quarter, but those gains were not strong enough to offset the revenue losses from letters.

In a conference call, Corbett disclosed that the Postal Service plans to spend $2 billion this year on capital improvements.

Brennan expressed hope that the Senate would confirm the Trump administration’s nomination of three members of the USPS board of governors in time for a scheduled April meeting.

She did not comment on the prospects for new postal legislation, which has been ignored by Congress despite numerous pleas from Postal Service officials.

The U.S. Postal Service board of governors lost its last presidentially appointed member in December 2016. It has operated since then under a temporary emergency committee.