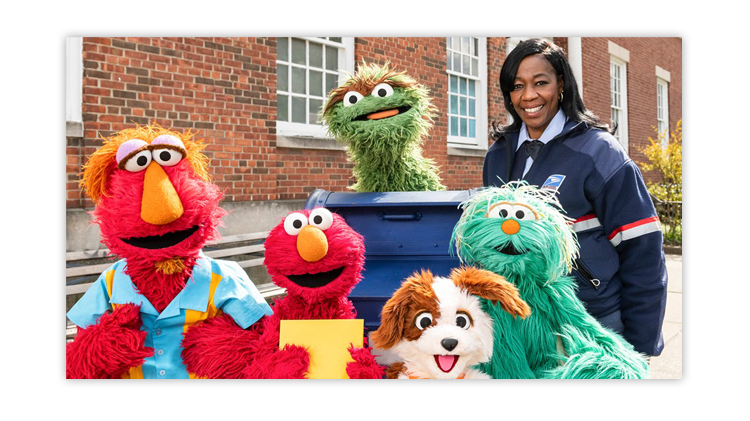 In July 2020, the producers of the children’s television show Sesame Street came to the United States Postal Service with an idea.

Why not highlight the role of postal workers as community helpers and heroes as they had been during the COVID-19 pandemic?

That’s what has happened with the help of the famous Muppets and New York City letter carrier Angela Hampton.

“Just doing my job,” she proudly told Elmo and others as she delivered letters and parcels on Sesame Street.

The segment first aired on HBO Max, a streaming service, on Nov. 18.

It focused on how letters are handled by the Postal Service and what joy they can bring.

Cookie Monster, for example, was ecstatic over the cookie he received from Hampton, promptly devouring it all.

And Elmo was fascinated by a letter delivered to his puppy, Tango.

For Hampton, a 21-year postal veteran, the TV taping was a marvelous, if not taxing, experience.

“They sent a car!” she explained on the Postal Service’s Link news website.

The May taping in New York was the first on-location shoot the show had done since the pandemic.

“It was grueling,” Hampton said. “Let’s just say I have a new respect for the [acting] craft.”

Hampton has spent her entire career at the Manhattanville post office in Harlem.

“I’m a good carrier and I treat people they way I want to be treated,” she said.

Postal Service spokeswoman Sara Martin said the Sesame Street producers “consulted with us to make sure even the smallest details were correct and upheld postal policy/regulations.”