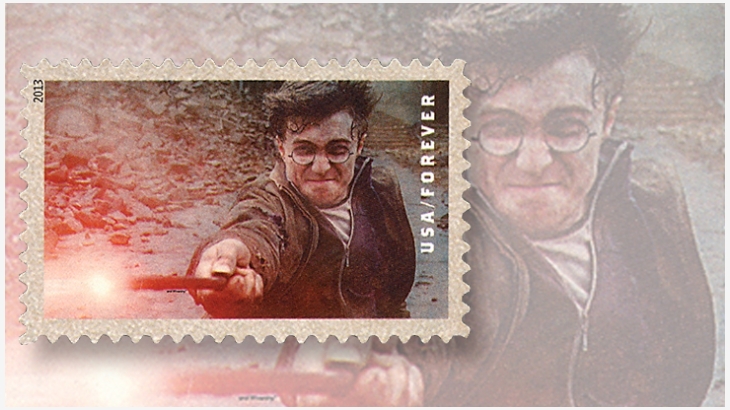 Controversy continues to swirl around the Harry Potter Stamp booklets from the Royal Mail and the questionable process in which they've been sold.

Both the United States Postal Service and Royal Mail have acknowledged they are discussing how much the British mail system must pay for the $24,371 worth of U.S. Harry Potter forever stamps it acquired in 2014.

But the Stamp Services office in Washington, D.C., declined to discuss what is happening to its Stamp Fulfillment Services (SFS) division in Kansas City, where the Postal Service’s inspector general found a number of questionable practices beyond the stamp sale.

As Linn’s Stamp News reported earlier this month, a June 15 “management alert” by the inspector general blamed no one by name for the unauthorized 35 percent discount that the Kansas City officials promised Royal Mail.

It also stated that Postal Service headquarters in Washington “reiterated that it holds the former SFS manager responsible and accountable” for what the auditors found after an “acting manager” there alerted auditors to a number of problems at the facility.

Khalid Hussain, who has been executive director of the Kansas City-based Stamp Fulfillment Services facility since June 2005, did not respond to numerous e-mail inquiries.

Asked who is now running the Kansas City operation, Mark Saunders, a Postal Service spokesman, told Linn’s: “Stamp Services is not providing additional comments beyond what was provided earlier.”

What USPS provided earlier was a one-sentence statement that: “We are working with Royal Mail to resolve this issue.”

“Postal Service policy states that it is unlawful for Postal Service employees entrusted with the sale or custody of postal stamps to sell stamps for less than their face value,” the management alert stated.

The auditors noted that a separate unreleased report from the Office of the Inspector General, dated April 8, dealt with “alleged misconduct at the SFS facility.”

The IG office rejected a request from Linn’s to release that report, stating it dealt with “information compiled for law enforcement purposes.”

Release of that material “could reasonably be expected to interfere with enforcement proceedings,” the June 28 letter said.

Gordon Morison, who was the last assistant postmaster general to run the agency’s stamp program, said he and Pete Davidson, one of his top aides, “both understood that the Law Department held that it was illegal for any postal employee to sell U.S. postage stamps under face value as the full price represented a service obligation of the USPS.”

He said he never challenged that practice “because so many employees handle and sell stamps across the country; it seemed to be a reasonable position.”

He said any sales to foreign stamp dealers during his tenure were handled by the agency’s procurement department and always involved written contracts, not the “verbal agreement” that the inspector general said involved the Harry Potter stamps.

“To my knowledge everyone was invoiced at face value and paid for all stamps delivered,” Morison said.

The Stamp Fulfillment Services investigation is the second time that the inspector general’s office has found that the facility acted contrary to established stamp regulations.

In July 2015, the inspector general held that rules barring creating of stamp rarities were violated with the printing of 100 panes of six of the 2013 $2 Jenny Invert stamps that show the airplane flying upright, along with 2.2 million normal stamp panes that depict the airplane flying upside down.

That inspector general’s report also criticized Stamp Fulfillment Services for the way it handled distribution of the 100 rare panes, including sending three of those panes without cost to customers.