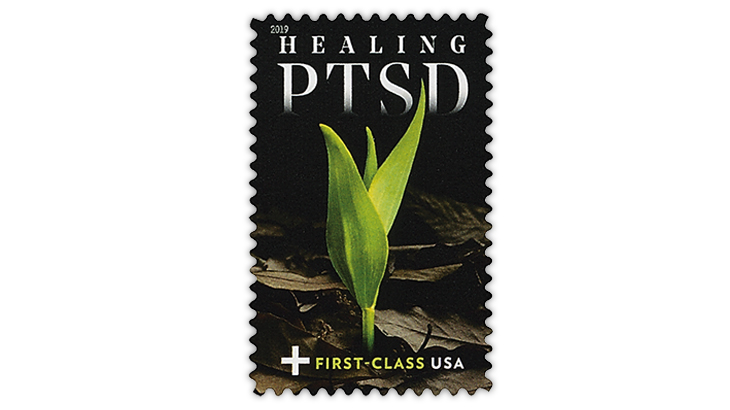 The United States Postal Service has proposed a number of changes to its semipostal stamp program, including longer sales periods for new issues and selling more than one semipostal at a time.

The suggested revisions were disclosed in a June 10 notice in the U.S. government’s Federal Register.

“The Postal Service has encountered continued interest in the sale of a previously offered discretionary semipostal stamp for which the Postal Service possesses unsold inventory,” the notice said.

That stamp would be the nondenominated (55¢+10¢) Alzheimer’s semipostal stamp issued Nov. 30, 2017 (Scott B6). It was the first stamp offered in the USPS discretionary semipostal program and was withdrawn from sale when the two-year sales period ended in November 2019.

The Postal Service pointed out that current regulations limit sales of semipostals to one stamp issue at a time and for a two-year period.

“In administering this program it has become clear that there is interest in and demand for a lengthier period of sales for individual offerings from customers, stakeholders and congressional policy makers,” the notice said.

The regulations now are based on issuing five semipostal stamps over 10 years, but that “has proven impractical,” the notice said.

The USPS asked for public comment on the suggested changes.

Those remarks must be submitted by July 10. They should be addressed to Manager, Stamp Products and Exhibitions, USPS, 475 L’Enfant Plaza SW, Washington, DC 20260.

The proposed changes appear to reflect the problems the USPS has faced with some semipostal issues that do not sell rapidly during their first two years of sale. This has forced Congress to pass a law keeping the stamps on sale for a longer period.

“Upon further consideration, it was determined that further revision of the rules concerning the discretionary semi postal stamp program could facilitate continued interest in previously offered stamps, especially when unsold inventory remains, and provide the Postal Service with greater flexibility to manage the 10 year program,” the notice said.

Its sales of 1.06 billion stamps raised more than $91 million for breast cancer research, according to the USPS website.

The most recent semipostal issue, the Healing Post Traumatic Stress Disorder stamp (Scott B7) issued in December 2019, has raised $638,000 through April 2020 with sales of 6.3 million stamps, according to the USPS website.