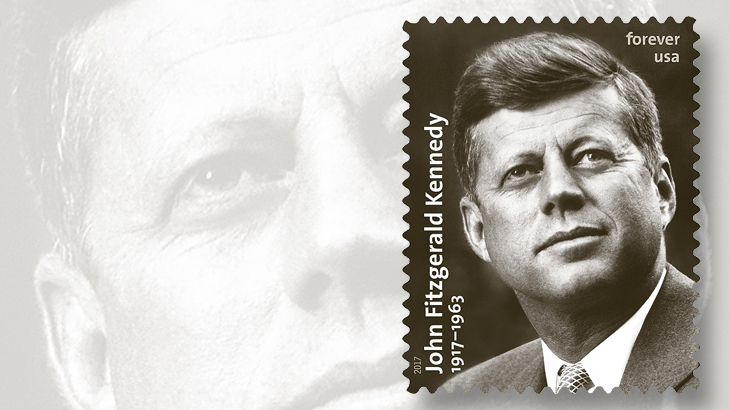 The United States Postal Service will issue a forever stamp honoring President John F. Kennedy in 2017, marking the 100th anniversary of his birth. 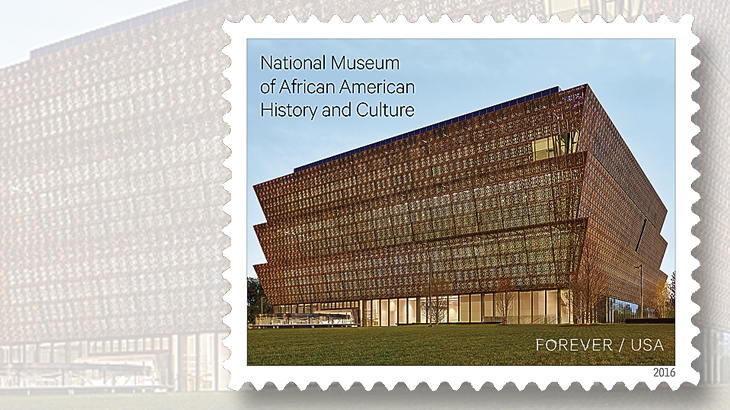 The newly opened National Museum of African American History and Culture in Washington, D.C., will be featured on a forever stamp in 2017.
Previous
Next

The United States Postal Service has revealed designs for several U.S. stamps that will be issued in 2017.

The stamp plans were disclosed with little fanfare through an unannounced e-mail distributed to press outlets on Sept. 20.

A forever stamp honoring President John F. Kennedy on his birth centenary is among the 13 stamps or stamp sets and one stamped envelope listed in a press release on the Postal Service website.

Some subjects are familiar continuations of themes seen in years past, including the Lunar New Year and Love series, a Flag stamp, and four stamps picturing garden flowers.

Others are unexpected commemorations, including a forever stamp for the Smithsonian National Museum of African American History and Culture, which opened this week on the National Mall in Washington, D.C.

Stamps are also planned showing posters of the Work Projects Administration (a set of 10), sharks (a set of five), foods of Latin America and the Caribbean (a set of six), seashells (a set of four), plus single stamps honoring longtime Notre Dame President Father Theodore M. Hesburgh (1917-2015), and Uncle Sam’s symbolic hat on an additional-ounce rate stamp.

A new nonmachineable rate stamp for 2017 will feature the California Dogface Butterfly, and the imprinted franking on a forever stamped envelope will depict the barn swallow.