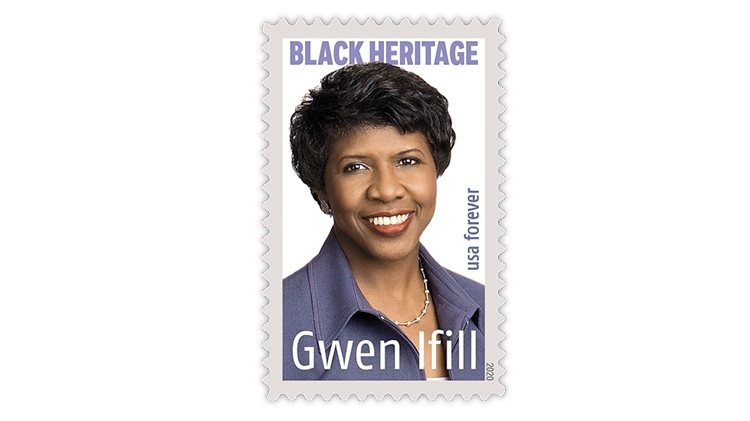 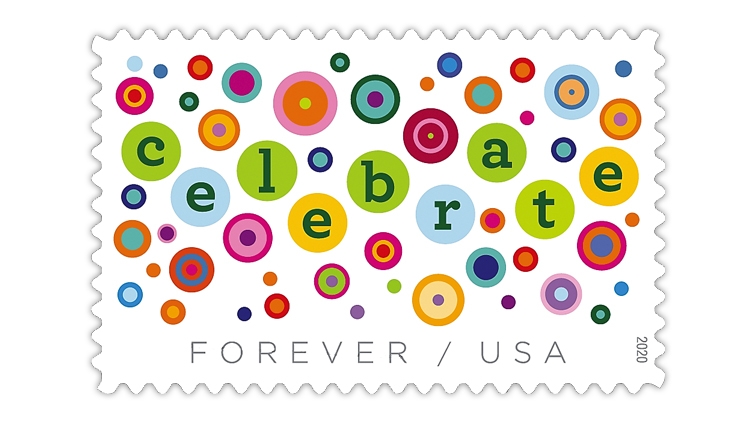 The U.S. Let’s Celebrate forever stamp will be issued Feb. 14 in Mesa, Ariz. The Aripex stamp show opens at the Mesa Convention Center on that day.
Previous
Next

The Postal Service revealed issue dates and locations for nine different issues from January through May in a Dec. 10 press release.

All but one of the issues consist of nondenominated forever stamps with a postage value of 55¢.

The Year of the Rat forever stamp in the Lunar New Year series will be issued Jan. 11 in Monterey Park, Calif.

The stamp is the first issue in the third Lunar New Year stamp series from the USPS. The design, with artwork by Camille Chew, shows a three-dimensional mask depicting a rat.

The Black Heritage stamp commemorating broadcast journalist Gwen Ifill is scheduled for release Jan. 30 in Washington, D.C. The 2008 photograph of Ifill on the new stamp was taken by Robert Severi.

The single Let’s Celebrate stamp designed by USPS art director Antonio Alcala is scheduled for a Feb. 14 issue date in Mesa, Ariz. The issue date corresponds to the first day of the annual Aripex stamp show, which will take place Feb. 14-16, 2020, at the Mesa Convention Center.

A stamp commemorating 200 years of statehood for Maine will be issued in the state capital, Augusta, on March 14. The issue date is one day before the actual bicentennial, which falls on a Sunday in 2020.

The Contemporary Boutonniere and Garden Corsage stamps are slated for issuance April 2 in Crestwood, Ky. The Garden Corsage stamp is planned to fulfill the 2-ounce domestic letter rate, currently 70¢. Both stamps were designed by USPS art director Ethel Kessler using floral designs by Carol Caggiano that were photographed by Renee Comet.

A single stamp marking the 50th anniversary of Earth Day will be offered April 18 in Denver, Colo., a few days before the designated date for Earth Day, which takes place annually on April 22. Alcala also designed the Earth Day stamp.

The set of 10 stamps titled American Gardens will be issued in a pane of 20 on May 13 in Winterthur, Del. The Winterthur Garden founded by Henry Francis du Pont is one of the locations depicted on the stamps.

“Additional information about the availability of these stamps and dedication ceremonies will be provided later,” according to the Postal Service.