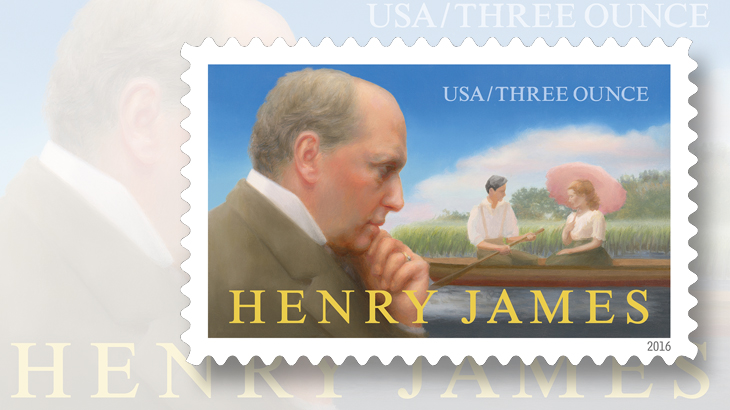 A three-ounce-rate commemorative in the Literary Arts series will honor author Henry James later this year. The issue date for this stamp has not been announced. 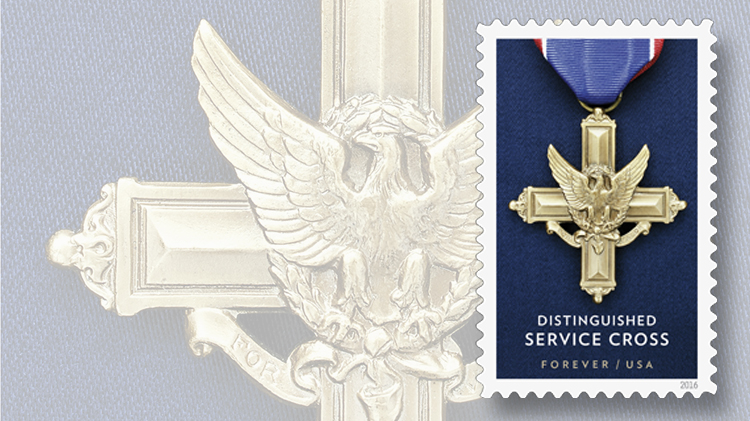 From a set titled Honoring Extraordinary Heroism, this forever stamp depicting the Distinguished Service Cross is one of four that will be issued May 30 picturing military medals awarded for outstanding valor. 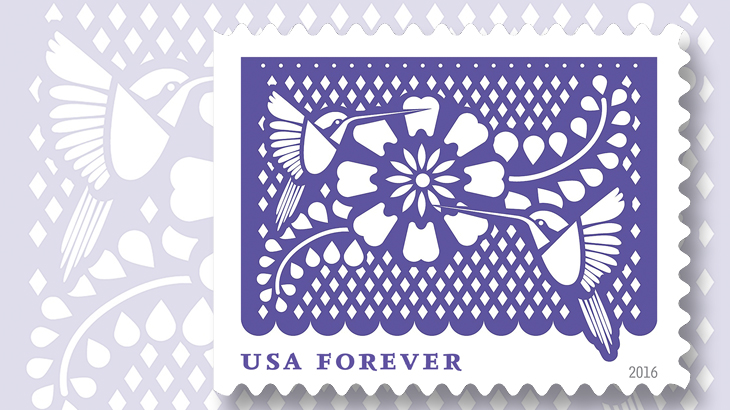 One of 10 forever stamps in a double-sided pane of 20 (convertible booklet format) that display a design inspired by the paper-cutting art known as papel picado ("pierced paper"). These stamps will be issued June 3. 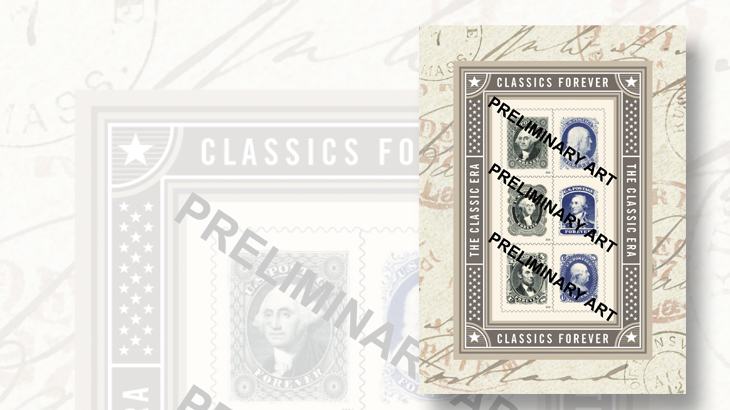 Preliminary artwork for the Classics Forever pane of six stamps honoring U.S. stamps from the 19th century. The stamps are scheduled to be issued June 1.
Previous
Next

United States stamps honoring national parks, classic U.S. stamps and military medals for heroism have been added to the schedule of stamps planned for 2016.

A set of 10 stamps featuring colorful vignettes in the style of intricately cut paper art that originated in Mexico is also planned, and a single three-ounce rate stamp in the Literary Arts series will honor author Henry James.

New stamps will be issued each day during the first seven days of the upcoming World Stamp Show-NY 2016. The eight-day show is taking place May 28-June 4 at the Javits Center in New York City.

May 28: World Stamp Show. Two stamps celebrating the show in New York will be issued in a stamp folio consisting of two groups of 12 stamps in a single pane that can be folded. The designs are similar to the World Stamp Show-NY 2016 stamps issued last year on Aug. 20 (Scott 5010 and 5011).

May 30: Honoring Extraordinary Heroism. Four forever stamps will be issued in a pane of 12 featuring medals honoring valor in combat: the Army’s Distinguished Service Cross, the Navy Cross for the Navy and Marine Corps, the Air Force Cross, and the Coast Guard Cross. Each stamp shows one of the four medals suspended from a ribbon and shown against a dark blue backdrop.

June 2: National Parks. The Postal Service will issue 16 stamps honoring National Parks in what it describes as a pane of stunning forever stamps. “These stamps celebrate the 100th anniversary of the National Parks and depict the beauty and diversity of these national treasures,” said Postmaster General Megan J. Brennan. “They serve as an inspiration for Americans to visit, learn and to write cherished memories of their trips to these incredible wonders.” The parks that will be honored and the designs on the stamps will be revealed one at a time over the next three weeks, beginning April 4.

June 3: Colorful Celebrations. In a double-sided pane of 20, the Postal Service will offer 10 different forever stamps featuring designs reminiscent of the craft of papel picado, which translates to “pierced paper.” The intricate designs in this set show a variety of birds, flowers and patterns.

Date to be determined: Henry James. The 31st stamp in the Literary Arts commemorative series is a three-ounce rate stamp honoring Henry James (1843-1916) the author of the novels Washington Square, The Golden Bowl, and The Portrait of a Lady, and the stories Daisy Miller and The Turn of the Screw.