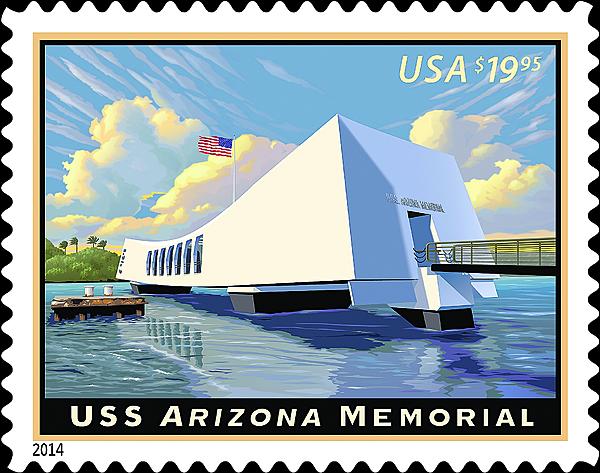 The ceremony start time and expected participants will be announced at a later date.

The USS Arizona Memorial Priority Mail Express stamp is shown here as a publicity image with the old postage rate. The stamp when issued will bear a $19.99 denomination to fulfill the new rate effective Jan. 26.

This is the first appearance of the memorial on a U.S. postage stamp. The ship was bombed during the Dec. 7, 1941, attack on Pearl Harbor. The memorial on the site honors those who died in the attack.

Artist Dan Cosgrove created the digital illustration on the stamp, which will be issued in a pane of 10.

Additional details will be published in a future issue of Linn’s.