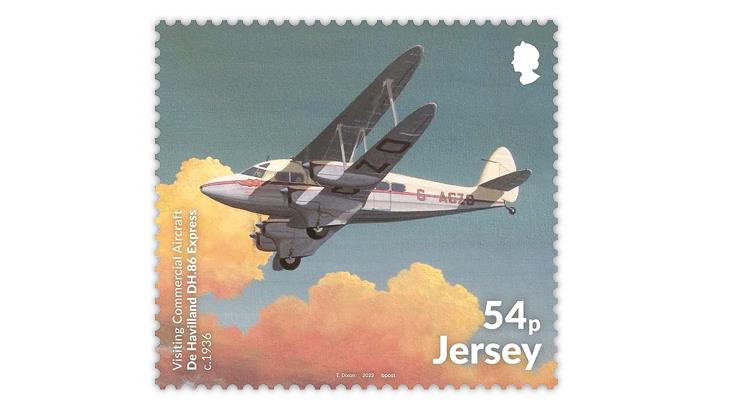 Figure 1. An illustration of a biplane is on one of six stamps Jersey issued Jan. 20 showing different commercial aircraft that have visited the island. 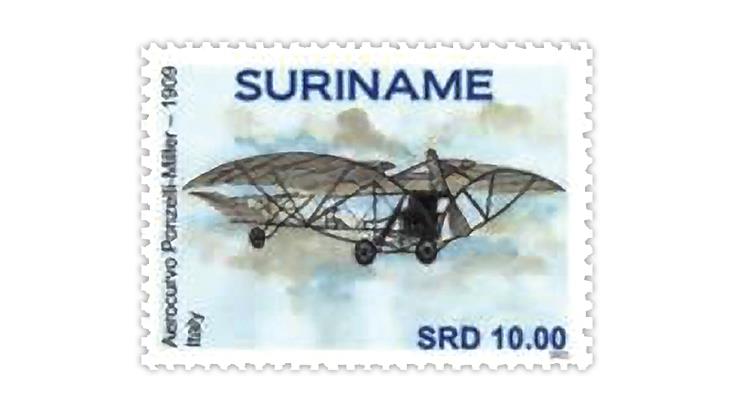 Figure 2. Suriname recently issued 40 stamps showing aircraft from the earliest years of aviation. Each stamp depicts a different early aircraft, such as this 1909 aircraft from Italy.
Previous
Next

Topical collectors may want to note five recent issues from four postal administrations that feature some form of aircraft. From showing the earliest planes to modern jet engines and even zeppelins, these stamps may fit into both broad and specific topical categories.

Jersey Post issued a set of six stamps and a souvenir sheet Jan. 20 to commemorate commercial aircraft visiting the island. The stamps feature seven different designs of six different planes. The denominations of the stamps range from 54 pence to £4.

Planes arriving in Jersey before 1937 either landed on a beach at St. Aubin’s Bay or, in the case of seaplanes, in the bay itself. The fact that the tides dictated the timetables at this location made for difficult conditions.

Many types of commercial aircraft have visited the island as a result of various airlines operating a growing number of routes.

Showing everything from airplanes with propellers to more modern planes with jet engines, these new issues feature aircraft from the 1930s, such as the biplane shown in Figure 1, to the 1990s.

The souvenir sheet, which contains a single £4 stamp, shows an Aurigny Britten-Norman Trislander on the tarmac at Jersey Airport. The same model can be seen in flight on the £1.25 stamp.

The other stamps also show planes in flight. Land and sea can be seen in the background of two of the stamps, and the other four show clouds and sky. All have the denomination in the lower right corner with information about the aircraft running up the left side of the stamp.

A pane of 40 stamps has the theme of early aviation. This pane shows 40 different airplanes of all shapes and types from the earliest years of aviation. The stamp with the most recent model lists the year as 1914. An Italian plane from 1909 is shown on the stamp in Figure 2.

Printed by offset in four colors and designed by Studio Labranda, each stamp features the image of a plane against a shaded background. Information about the country, year and model of the plane appears running up the left side of each stamp.