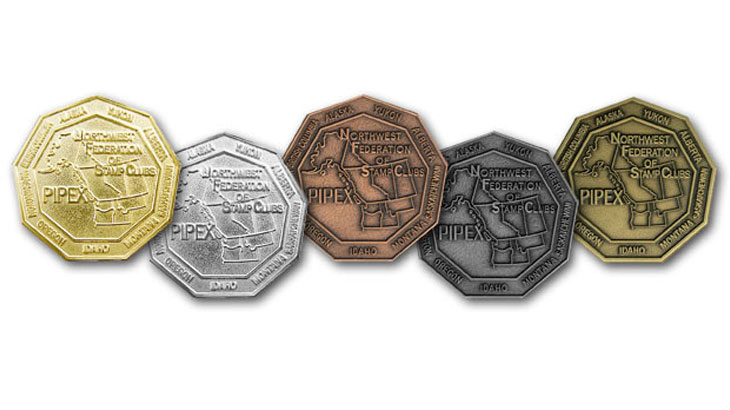 Pipex 2022 has changed location to a different venue. The show will now take place April 29-May 1 at the Embassy Suites by Hilton Portland Airport, 7900 NE 82nd Ave., in Portland, Oregon.

The Embassy Suites is located a half mile from the Portland Airport. The hotel offers a free airport shuttle and free daytime parking. All rooms are two-room suites and will be offered at the Pipex rate of $139 per night. A free breakfast is included with the rate.

The show originally was scheduled to be held at the Holiday Inn Portland Airport Hotel and Convention Center in Portland. The Pipex 2022 committee learned in December that this hotel had found serious structural problems that could not be repaired in time for the show.

Pipex is the annual exhibition of the Northwest Federation of Stamp Clubs and an American Philatelic Society World Series of Philately show.

The Germany Philatelic Society, United States Stamp Society and the Pacific Northwest Postal History Society are among the groups and societies that will meet at Pipex 2022. The Northwest Federation of Stamp Clubs will conduct its annual general meeting at the show.

The exhibitor’s entry form and prospectus are available from exhibit chairman George Struble, 210 18th St. NE, Salem, OR 97301, and on the show website. The website also includes a schedule of events, updated hotel information and more.

Pipex is presented by Portland Philatelic Exhibitions on behalf of the Oregon Stamp Society and the Northwest Federation of Stamp Clubs. Uptown Stamp Show is the official corporate sponsor of the show.