A look back at the W. Curtis Livingston collection: Essays and Proofs 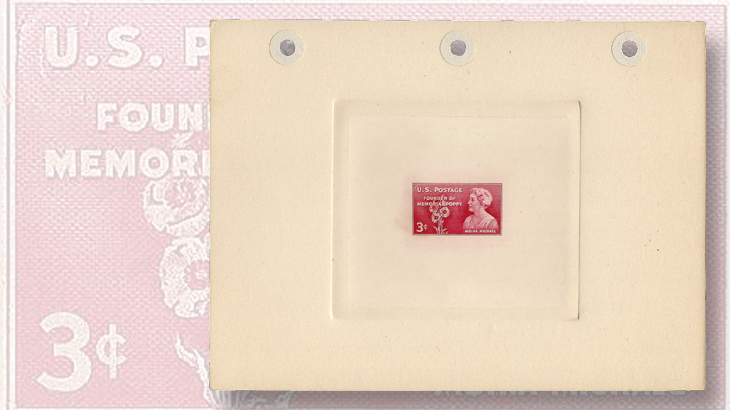 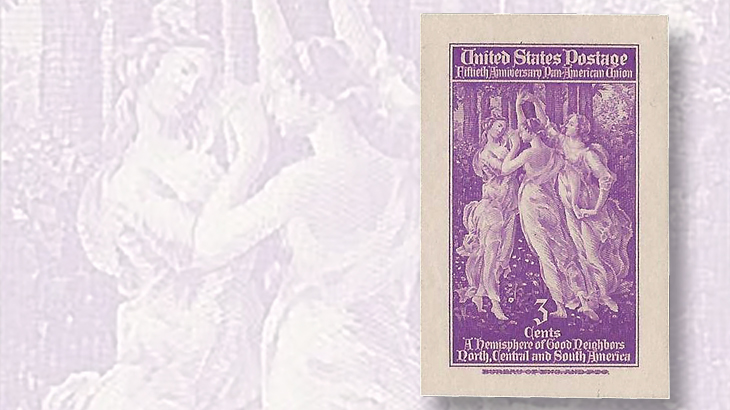 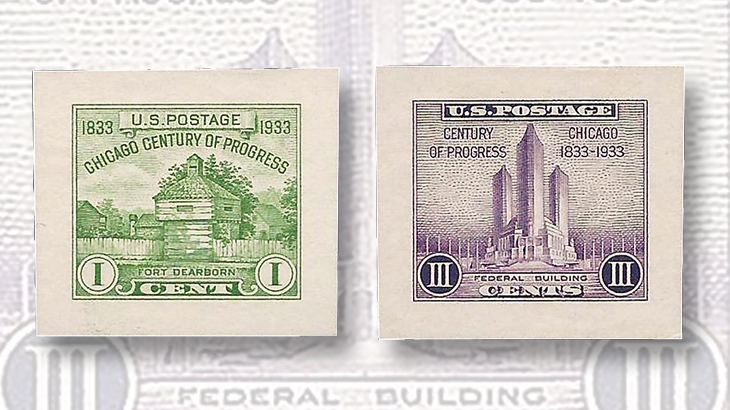 Small die proofs of the 1¢ yellow-green and 3¢ purple Century of Progress pulled on wove paper (Scott 728P2 and 729P2). These two examples, along with the rest of the P2 proofs in Livingston’s collection, originally were auctioned for the benefit of the Philatelic Foundation in 1973 by Greg Manning Auctions. Ex-Livingston. 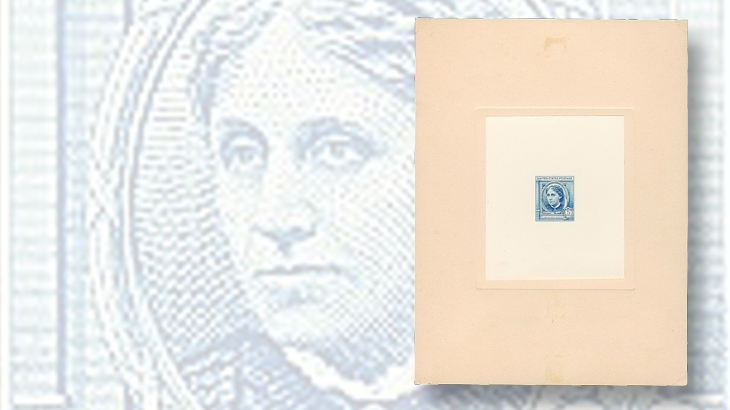 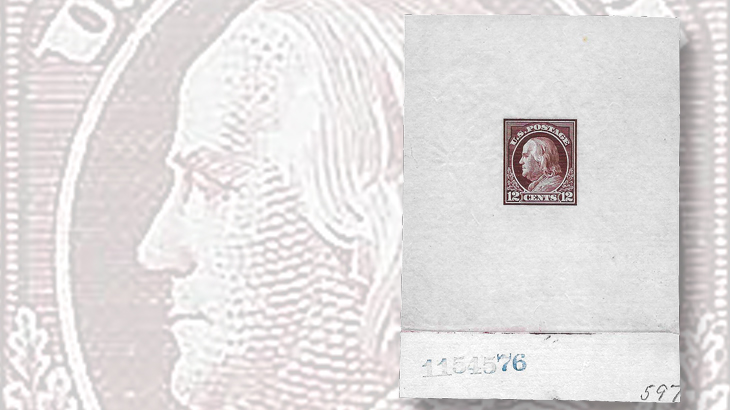 A die proof of the 12¢ claret-brown Franklin (Scott 417P1), pulled on India paper with the proving room control number on the face. It is very similar to the “Southgate” die proofs except that this is on India paper and not bond. The only other value from this series that exists is the 30¢ Franklin. Ex-Livingston.
Previous
Next

At the international stamp show in Washington, D.C., in May 2006, the Shreves Philatelic Galleries booth served as the catalyst for setting the stage for the most important assemblage of United States 20th-century essays and proofs to ever cross the auction block.

Curt started out as a “closet collector,” a closely held client of Purser and Associates Inc.

Missi Purser acted as his agent and purchased almost everything 20th century that came up at auction and pursued those pieces that would turn up privately.

He knew about my acquisition of the Brazer records, and I arranged for him to come to my office, then in Wheeling, Ill., and spend a week going through the files.

We had many wonderful dinners at Don Roth’s Blackhawk restaurant in Wheeling, reviewing what he had learned.

Curt would also give back to the philatelic community by becoming an ardent supporter of the National Postal Museum and member of the Council of Philatelists.

Now back to the auction that was held two weeks after the close of the Washington 2006 show. For a dealer in essays and proofs, this was the opportunity of a lifetime.

I have often advised clients “to be prepared to spend whatever it takes to acquire the keystone pieces for your collection when they come up, for the opportunity will probably not present itself again in your collecting lifetime.” The day had arrived to follow my own advice.

When a collection of this magnitude arrives at auction, you have no idea where the bidding will end.

Usually the pre-sale estimates go out the window when the agents, floor and Internet settle in for a slug fest. This certainly proved true for the Livingston sale.

Between bids for clients and my own account, 90 percent of the lots in the sale were covered. After almost nine hours of continuous phone bidding, the results were known and both my clients and I had done very well.

But this sale was merely the crescendo to one collector’s great achievement and marked the rebirth of a market for 20th-century essay and proof material. That is the story that follows.

During the years that Curt Livingston was active, his appetite for material had a serious impact on 20th-century collecting. With so much material concentrated in one place, collectors sought out other avenues to collect.

Previous to the Livingston sale, there had only been four other major sales of this type of material, and they all occurred long before he was active.

The first was the Caroline Prentice Cromwell collections offered by Irwin Heiman in 1957 and 1958. These sales featured Bureau of Engraving and Printing material from 1900 to 1935.

Much of it came from either the collection of Franklin D. Roosevelt or Hugh M. Southgate. The Southgate material also contained what are now known today as the “Southgate die proofs.”

In 1973, Greg Manning Auctions sold by order of the Philatelic Foundation a virtually complete run of commemorative small die proofs from the Louisiana Purchase Exhibition issue through 1945, including the complete set of 1938 Presidential series small die proofs.

While the focus of the Morris sales was 19th-century essay and proofs there was a decent showing of 20th-century material. Each of these four sales had plenty of collector participation and lead to a wide distribution of material.

Much of the material dispersed during that 20-year period gradually found its way back to the auction marketplace during Livingston’s years of pursuit.

In addition, there were several other sales that brought new finds onto the market.

Jacques C. Schiff brought the portfolios of Bureau of Engraving and Printing engravers C.A. Brooks and M.D. Fenton to market. The Dispersal of the American Bank Note Company archives brought 1943-1944 Overrun Countries essay and proof material into the public domain.

Other engraver material that had been unearthed 40 to 50 years earlier by Clarence Brazer also began to reappear on the philatelic market.

And last but not least, 20th-century treasures held by Falk Finkelburg were slowly fed into the market through various Robert A. Siegel sales over a period of 10 years. Most all of it found its way into the Livingston collection. Everything had come full circle.

Five standout items that once graced the Livingston collection are illustrated nearby. These items originally came from the sales discussed in this column, and they provide visual testament to the scope of Livingston’s achievement.

The net result of the Livingston sale was that the material once again became widely dispersed throughout the collecting and dealer community.

In the past 10 years, there has been a slow but steady newfound interest in 20th-century essay and proof material. Today it is the most active segment of the essays and proof market.

We are left with the memory of a wonderful man of great philatelic achievement and an auction catalog that today serves as a primer for collecting 20th-century essay and proof material.