Walker, four others to sign Roll of Distinguished Philatelists 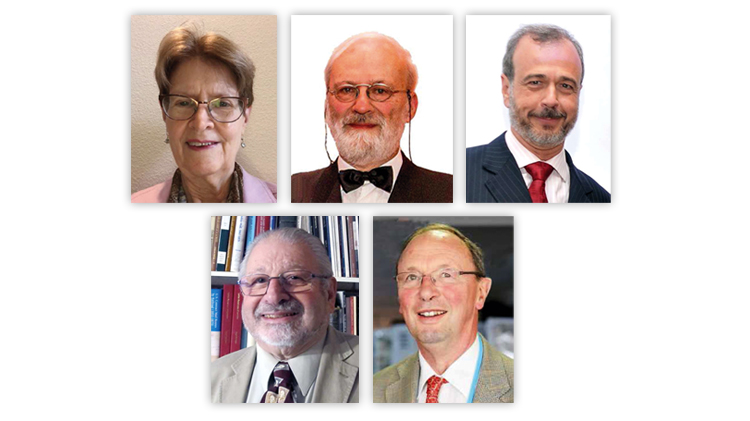 Patricia Stilwell Walker of the United States, Bruno Crevato-Selvaggi of Italy, Reinaldo Estevao de Macedo of Brazil, Hugh V. Feldman of the United Kingdom and Malcolm Groom of Australia have been chosen to sign the Roll of Distinguished Philatelists. The

On Jan. 2 the board of election of the Roll of Distinguished Philatelists selected five individuals to sign the roll, considered one of the hobby’s most significant honors. The honorees are Patricia Stilwell Walker of the United States, Bruno Crevato-Selvaggi of Italy, Reinaldo Estevao de Macedo of Brazil, Hugh V. Feldman of the United Kingdom and Malcolm Groom of Australia.

The signing ceremony will take place Feb. 21 at 5:30 p.m. local time at the Royal Philatelic Society London in London, England, in conjunction with the London 2022 international philatelic exhibition.

Patricia Stilwell Walker has been honored in the United States with many of the most prestigious awards, including the John N. Luff award of the American Philatelic Society and the Lichtenstein award of the Collectors Club.

Walker’s collecting interests cover a range of postal history subjects, including Ireland up to 1900 and the city of Baltimore, Md. Her Baltimore postal history exhibit has competed three times in the APS Champion of Champions competition.

She has written and presented extensively on the subject of exhibiting in journals and seminars and is a past president of the American Association of Philatelic Exhibitors.

Bruno Crevato-Selvaggi is a philatelist and postal historian who combines his private study and passions with academic and university research. He is president of the Institute of Postal Historical Studies, the main private institution in Europe devoted to postal history.

Crevato-Selvaggi has been Italian commissioner to numerous exhibitions and a member of exhibition juries. He was president of the European Academy of Philately from 2013 to 2017.

His numerous published books include Il Regno d’Italia (The Kingdom of Italy), which focuses on the postal history and philately of Italy and its colonies from 1861 to 1946.

Since 2013, Reinaldo Estevao de Macedo has been committed to the promotion of Brazilian philately through international exhibitions, symposiums and philatelic presentations.

Macedo specializes in postal stationery and thematic philately, and his exhibits have gained high international awards. His “Secured delivery in Brazilian mail 1798-1900” and “Constitutionalist Revolution of Sao Paulo – 1932” exhibits demonstrate his wide areas of interest and knowledge.

His leadership role in Brazilian philately is no small accomplishment given the size of Brazil and the demographics and economics of the country.

Hugh Feldman has been an active supporter of philately over several decades. His contributions to philately are divided between the United States and the United Kingdom.

He served as a director of the Association of British Philatelic Societies for five years and edited the association’s journal, ABPS News, for four and one-half years.

The U.S. Philatelic Classics Society named him a distinguished philatelist in 2021.

Malcolm Groom’s collecting interests have focused on the collecting and study of the stamps and postal history of Australia and his native Tasmania.

His well-received recent book on the postal stationery of Tasmania, Tasmanian Postal Stationery, co-authored with Allen Shatten, is the first specialist publication on this subject.

Groom has held several different posts at the Australian Philatelic Federation since 1986 and is currently the longest-serving member of the Australia Post Stamp Advisory Committee.

He was elected chairman of the FIP postal history commission in 2016 and has been an FIP qualified juror since 1990.

The invitation to sign the Roll of Distinguished Philatelists is the highest and most prestigious of honors in philately and is the world’s oldest philatelic honor. The roll was instituted in Harrogate, England, in May 1921 and the signature of King George V appears at its head as the first signatory.