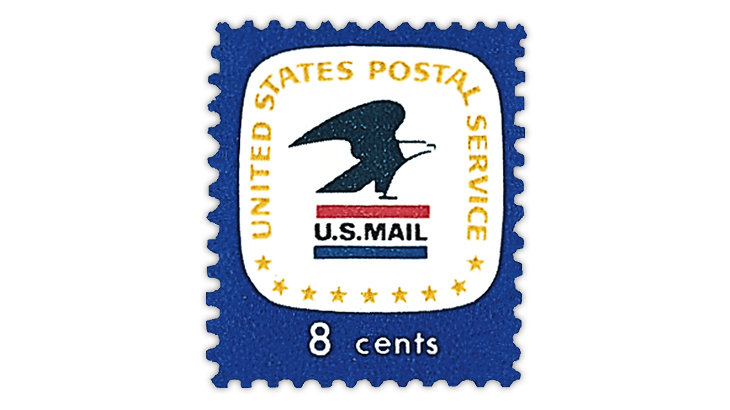 Issued on July 1, 1971, this United States 8¢ stamp celebrates the conversion of the U.S. Post Office Department to the U.S. Postal Service under the Postal Reorganization Act of 1970. The move did not result in the invalidation of all U.S. stamps issued

The Postal Reorganization Act of 1970 changed more than the name of the United States Post Office Department. It changed methods of operation, accounting and accountability, as well as the method of funding the services that the new U.S. Postal Service would provide.

But there were things it didn’t change — despite rumors to the contrary.

One such rumor was that the new USPS intended to invalidate all U.S. stamps issued prior to the reorganization, and this rumor continued for many years. An artifact of the time has just come to hand in the form of a letter dated June 28, 1978, from the Office of the Postmaster General.

Signed by John C. Lintner, senior representative, Government Relations Department, it informs Sen. Richard Schweiker of Pennsylvania, who wrote on behalf of a constituent, that the rumor is untrue.

Lintner wrote: “A few years ago there appeared in the philatelic press a totally unfounded article which stated that the Postal Service intended to devalue all stamps issued prior to postal reorganization. This was completely false as no such action has been considered … ”

I find it interesting that Lintner not only said that it was wasn’t done, but that it wasn’t even considered.

The last time a demonetization of stamps in the United States occurred was at the start of the Civil War. This was to make certain that stocks of U.S. stamps in post offices taken over by the Confederacy could not be used in any way to support the breakaway Confederate States of America.

Thus, all U.S. postage stamps issued from 1861 onward are still valid postage, and an estimate of that potential liability (stamps sold to the public that have not yet been used to pay for postage) has to be carried on the books of the Postal Service.

Certainly it might have been tempting for the new USPS to declare that liability null and void, but to do so would probably have had an adverse effect on current sales to collectors.

After all, how would you feel about buying that extra pane of a new issue if you believed that the Postal Service might at some point in the future declare the stamps invalid for postage?

Someone in a decision-making capacity kept his wits about him.