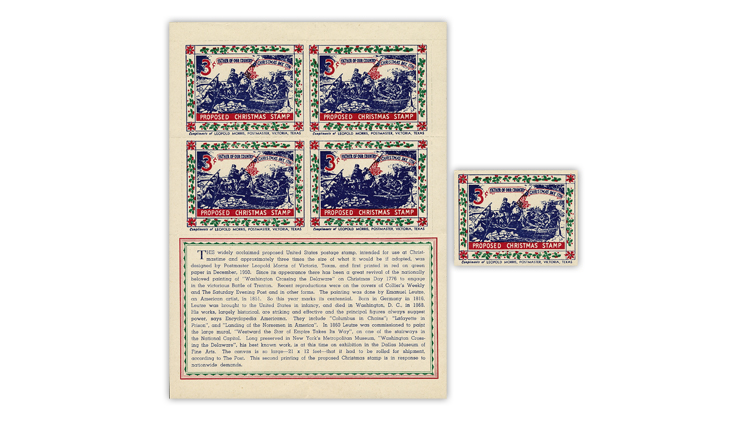 Proposed in 1950, this design featuring Washington crossing the Delaware River on the night of Dec. 25, 1776, was suggested for use on the first United States Christmas stamp. 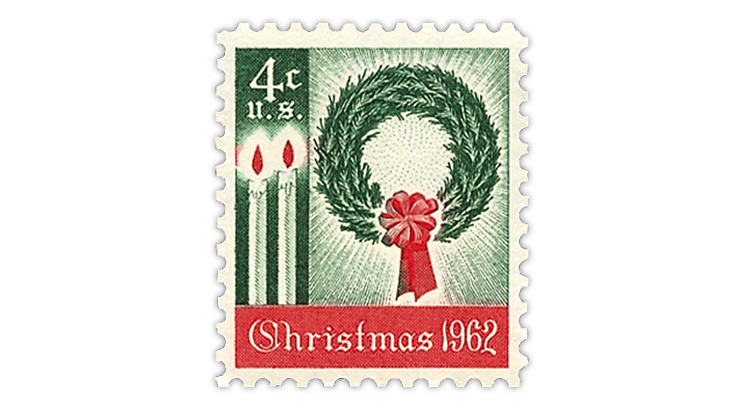 Figure 2. Despite proposals before then, it was in 1962 that the United States Post Office Department first issued a Christmas stamp. 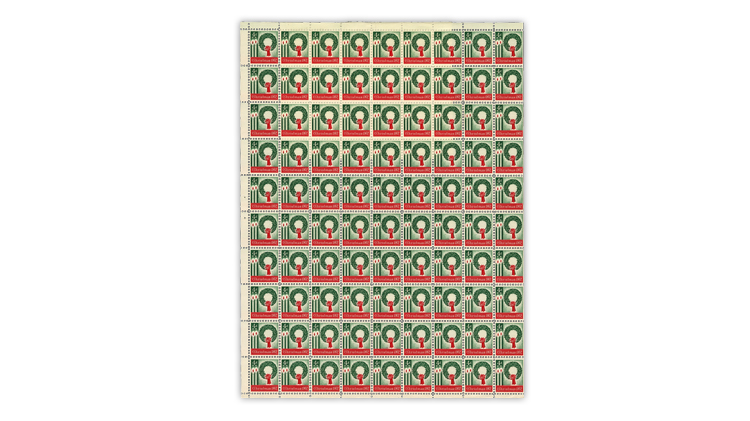 Figure 3. The 1962 4¢ Christmas stamp was so popular that emergency supplemental printings had to be produced using leftover paper from other stamps. Because the paper was too short side to side, some panes of 90 (instead of the normal panes of 100) were 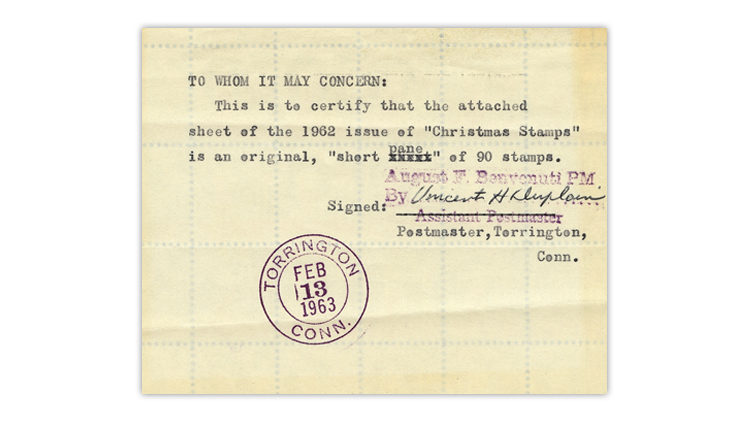 Figure 4. This certification by the postmaster at Torrington, Conn., is one of the few ways that a 90-stamp pane of the 1962 Christmas stamp can be authenticated.
Previous
Next

George Washington’s famous crossing of the Delaware River on his way to the Battle of Trenton took place on Christmas night, Dec. 25, 1776. It was the first move in a surprise attack the next morning on the Hessian forces garrisoned at Trenton, N.J.

After a brief battle, almost two-thirds of the Hessian mercenaries were captured, with negligible losses to the Americans. The battle significantly boosted the Continental Army’s flagging morale and inspired re-enlistments.

The oil-on-canvas depiction of the crossing of the Delaware we are familiar with today was painted by Emanuel Leutze in 1850-51. Of course, Leutze was not present when the event took place, so he used artistic license in rendering the scene.

Among the inaccuracies is the heroic pose of Gen. George Washington, who would have had considerable difficulty standing in this pose in a row boat in the midst of a storm. But any inaccuracies are a small price to pay to have an iconic illustration of a significant moment in American history.

The scene was a natural choice for Leopold Morris, the postmaster of Victoria, Texas, when he created a stamp design that he put forward for consideration in 1950. He hoped it would inspire support and become the first United States Christmas stamp.

Morris’ first version of the stamp design was printed in red on green paper. The version shown here in Figure 1 was produced a year later.

Unfortunately, the U.S. Post Office Department was not moved. Despite the nonreligious theme of the design, there was considerable fear that the Christian aspects of Christmas would incite criticism of the government for supporting religion.

It was not until 1962 that these considerations were overcome and the USPOD issued a 4¢ definitive-sized stamp with as inoffensive a design as could be imagined: a Christmas wreath with candles.

What turned the tide in 1962 is not known, though a public campaign for such a stamp had been led by Linn’s founder George W. Linn. Also the USPOD might have taken note of the popularity and fundraising power of Christmas seals, which at the time were bringing in more than $27 million dollars per year for research on lung diseases.

The USPOD ultimately produced nearly 862 million Wreath and Candle Christmas stamps (Scott 1205) in response to undreamed-of public demand. In fact, the demand was such that upon release, the 500 million stamps in the initial printing were quickly ordered by post offices and more were needed as soon as possible.

On short notice, the Bureau of Engraving and Printing set about the task of reprinting, using leftover odd-sized paper from the 1957 8¢ Ramon Magsaysay Champions of Liberty stamp (Scott 1096). There was not time to wait for a new order of the proper size paper.

With paper still in short supply, the BEP produced a second supplemental printing, this time using paper intended for 200-subject (four 50-stamp panes) sheets left over from the production of the 1962 4¢ Winslow Homer commemorative (Scott 1207).

With this even shorter width paper, the right-hand plate numbers and half the 10th vertical row of stamps were off the paper.

To make these right-hand panes usable, the partial 10th row was removed, and panes of 90 were sent out to post offices to satisfy the demand from the public. A total of 18.3 million stamps were sold in panes of 90.

In neither of the supplemental printings is it possible to prove that the panes are from an additional printing, because the stamp designs, paper quality, and gum are identical to the original order.

Pasted on the reverse of the pane, his note reads, “To Whom It May Concern: This is to certify that the attached sheet of the 1962 issue of ‘Christmas Stamps’ is an original ‘short pane’ of 90 stamps.”

Looking at the pane of 90, it can be seen that removal of the partial 10th row was not done by hand — a monumental task — but rather by some type of automated process that left a straight edge in the right margin.