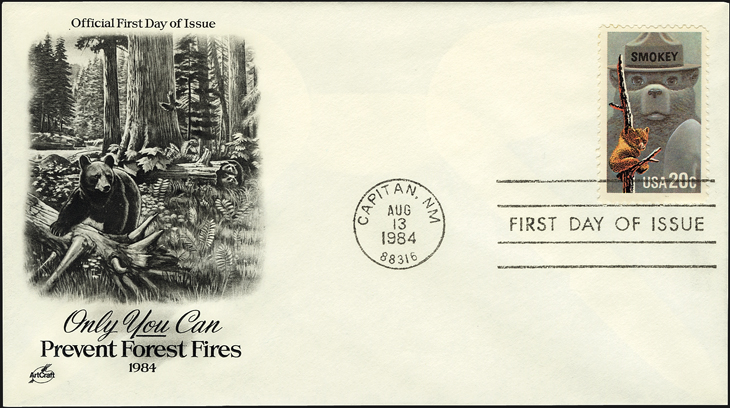 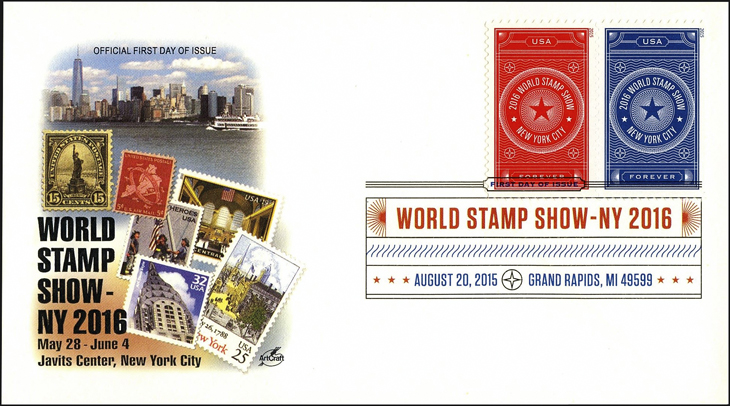 One of the last ArtCraft first-day covers to be created was for the United States World Stamp Show-NY 2016 forever stamps issued Aug. 20, 2015. 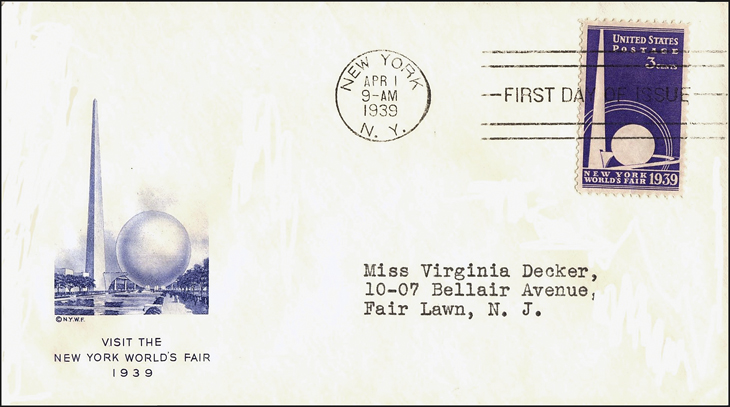 After more than 76 years, Washington Stamp Exchange has discontinued producing its ArtCraft first-day covers. According to a statement, the company “concluded that the decreasing volume of sales could no longer sustain the high costs of production.”

In recent years, the cachets were produced using a two-step process: The design, in color, was printed using lithography, but the lettering was engraved. The latter step was expensive, but “the company felt that it was an integral feature of ArtCraft’s identity and decided not to compromise the product’s quality by using cheaper production methods.”

The first ArtCraft FDC was created for the United States 1939 New York World’s Fair stamp (Scott 853). The last FDC was produced for the 2015 Geometric Snowflakes set (Scott 5031-5034). Washington Stamp Exchange also produced cachets for every United Nations issue through 2014, every presidential inauguration starting with Dwight Eisenhower in 1952, and occasional cachets for other countries and events.

ArtCraft was one of the few cachetmakers producing designs for every United States issue and also possibly the only one still selling unserviced cacheted envelopes. Both were available individually or through subscriptions.

There are unconfirmed reports that FDC dealer Marilyn Nowak is taking over the subscriptions, using cachets produced by Panda Cachets, owned by Rollin Berger. Berger confirmed online that he is producing cachets for at least two companies formerly served by ArtCraft.

ArtCraft was possibly the oldest continuing cachet line. Fleetwood sometimes has claimed its lineage extends to Harry Ioor’s cachets in the early 1930s: Fleetwood founder Milnor Peck married Ioor’s sister, who had finished the FDCs for a series of stamps for Ioor after he died. ArtCraft was certainly the oldest cachet line still being operated by the same family or company, because Fleetwood has been sold several times.

Devaney told Linn's some social media reports are incorrect: "Contrary to rumors currently circulating, Washington Press [the publishing arm of Washington Stamp Exchange] is not going out of business.” Washington Stamp Exchange will continue to produce White Ace stamp albums and StampMount brand mounts and will also continue to sell first day covers, stamps and other collectibles through direct mail, phone order and the company's website."

That was confirmed by co-owner Michael August, who added in an online posting, that, like many businesses, Washington Stamp Exchange examined its business model at the end of last year:

“Our conclusion was that producing new ArtCraft first day covers had been a burden on our resources for several years and that we could not continue to do this.”

“The biggest challenge is the diminishing customer base,” August said in a 2014 interview. “Stamp collecting and cover collecting seem to be challenged by a failure to … bring younger people into these hobbies.”