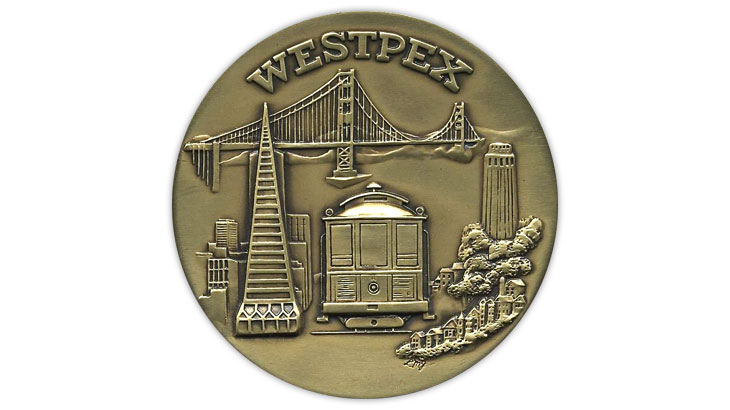 The exhibitor’s prospectus and entry forms are available on the show website or from Ross Towle, 400 Clayton St., San Francisco, CA 94117.

This is a World Series of Philately exhibition, with the multiframe grand award winner eligible for the Champion of Champions competition at the Great American Stamp Show in Cleveland, Ohio, Aug. 10-13, 2023, and the single-frame grand award winner eligible for the single-frame championship at Chicagopex in Chicago Nov. 17-19, 2023.

The Westpex exhibition will feature more than 250 frames of exhibits, including participation by the United States Philatelic Classics Society, the Scandinavian Collectors Club, the Polonus Polish Philatelic Society and the American Philatelic Society.

The bourse will include more than 60 national and international dealers in stamps, postal history and postal stationery. Also, Schuyler Rumsey Auctions will conduct a four-day auction.

Westpex 2023 will celebrate the 150th anniversary of the cable car. A special cinderella souvenir sheet and cacheted cover will be available.

Complete show details are available on the Westpex website.