What constitutes a stamp product as limited edition 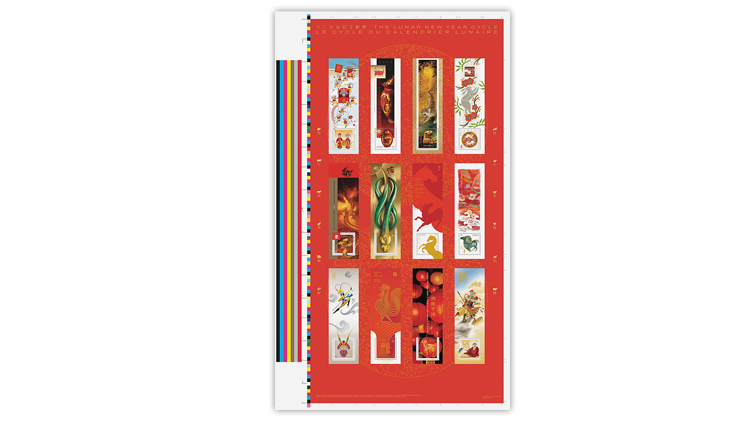 Canada Post issued in January this press sheet of 12 souvenir sheets denominated at the current $2.71 international rate. Ten of the 12 stamps on the press sheet originally were issued at a different rate.

The Merriam-Webster dictionary defines limited edition as “an issue of something collectible (such as books, prints, or medals) that is advertised to be limited to a relatively small number of copies.”

Marketeers for the past couple of centuries have interpreted that definition in their own way and that will never change. I view anything described as limited edition to actually be limited to however many can be produced and sold.

Remember the 2013 United States Muscle Cars stamps (Scott 4743-4747)? The U.S. Postal Service’s press releases for this stamp issue called these “limited-edition stamps,” and yet they returned to press not just one time, but twice, for a total of three printings.

The March 8 issue of Linn’s contains an update on the USPS’ no-die-cut press sheets, which have sold out fast. Unfortunately the print quantities are being kept mum, even though that information used to be provided.

The March 8 issue also includes a report, as part of the New Stamps of the World column, about the last stamp set in Japan’s Astronomical World series that started in 2018. Not mentioned in the column is a limited edition product of 20,000 books with a pane of 25 stamps from the entire series with denominations updated to the current postage rate.

Canada Post recently did something similar with its recap issuance of the 12 Lunar New Year international souvenir sheets, with updated denominations different from the earlier sheets only available as a press sheet with a quantity of 8,000 produced.

I could go on and on with examples.

Those amounts feel “limited-edition,” but are they too few? The Scott catalog listing policy warns that items that “are purposefully issued in artificially small quantities” are typically footnoted and not given numbers. But considering the country sizes and demand, how do these issues stack up in your eyes?

Feel free to write Letters to Linn’s, Box 4129, Sidney, OH 45365 or email linnseditorial@amosmedia.com, and perhaps a few letters will be selected for inclusion in that column.