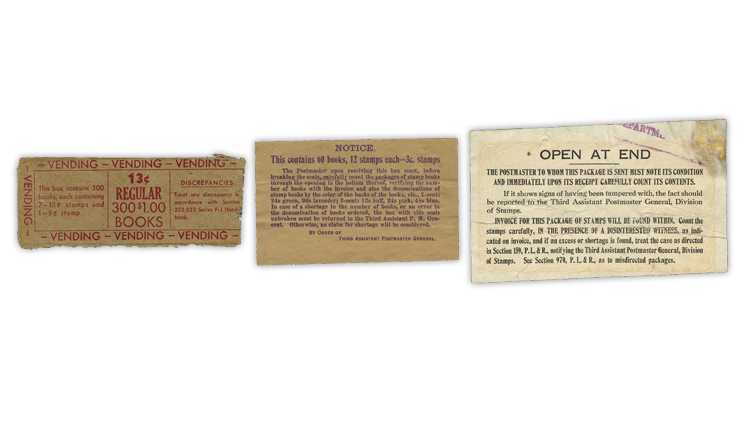 Figure 1. These labels from the early 1900s were used to instruct postmasters on how to open and account for shipments of stamps. 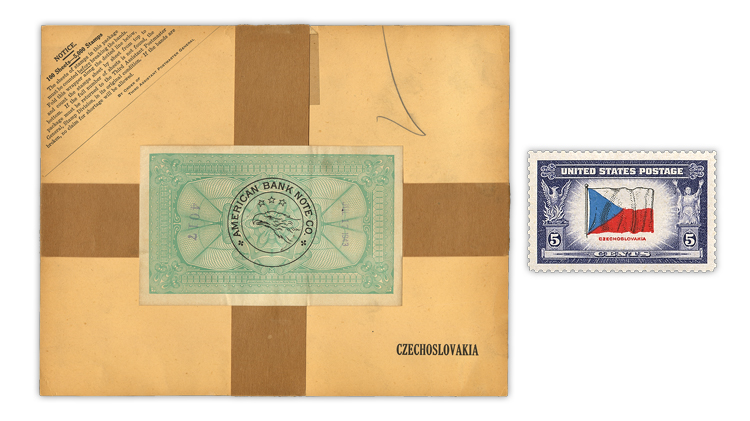 Figure 2. This card was created by the American Bank Note Co. in 1943 to send sheets of Overrun Countries stamps to post offices. Shown above the card is the 3¢ Flag of Czechoslovakia stamp (Scott 910). 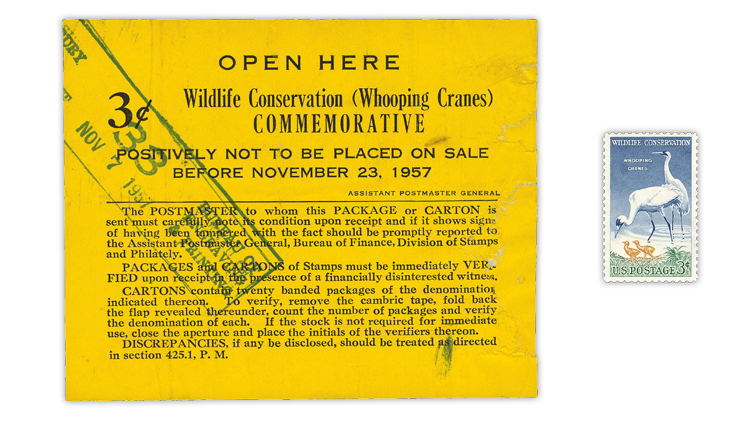 Figure 3. From the mid-1940s into the 1950s, labels were produced that identified the stamps being shipped to post offices and specified their issue dates. This example is for the 1957 3¢ Wildlife Conservation commemorative showing whooping cranes, which 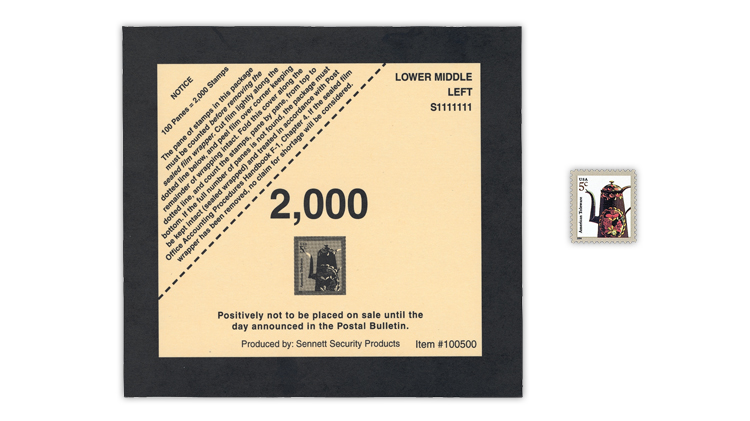 Figure 4. Card inserts, such as this example for the 5¢ Toleware issue (also shown), are included with shrink-wrapped packages of stamps to identify the contents. Often called deck cards, they are prepared by the contractors producing U.S. stamps, and lik 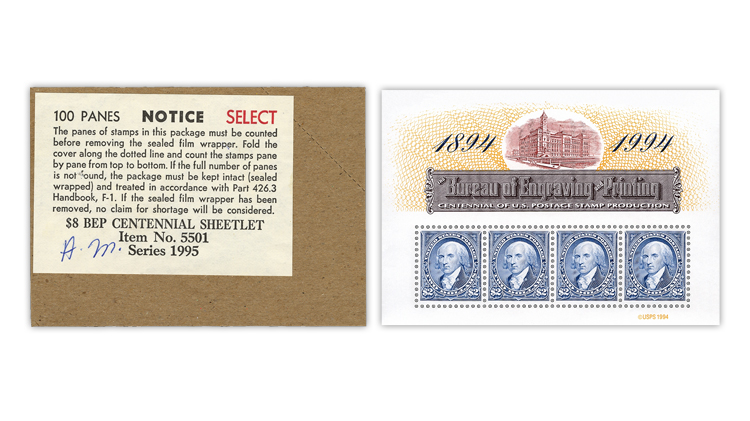 Figure 5. This Bureau of Engraving and Printing label identified the contents of a shrink-wrapped deck, or stack, of souvenir sheets marking the 100th anniversary of the BEP. The word “SELECT” told sorters to route them to the Postal Service’s Philatelic
Previous
Next

There is so much ancillary material that can be collected to supplement a stamp collection. Obvious candidates include stamp announcements and press releases, proofs and essays, first-day covers, contemporary usages of stamps, errors and other varieties, precancels and perfins, associated cancels and cachets, and more.

Among the “more” is the seldom-mentioned area of labels and cards used to identify bundles of stamps being sent to post offices. The cards are often called deck cards.

Why were these necessary? The short answer is that stamps were and are accountable paper, the equivalent of cash. They are sent under seal, and there are specified accounting procedures to follow upon receipt.

The early labels were generic, as shown by the examples in Figure 1. By generic, I mean that they do not specify the subjects of the stamps, though they may mention the format (booklets, for instance) and the face value.

Many of these, but not all, are listed in the Scott Specialized Catalogue of United States Stamps and Covers as registry seals in the section of post office seals. The listings have the prefix OXF.

The labels include language that obligates those opening the packages of stamps to do so in accordance with the rules in specified sections of the Post Office Department’s instruction manual and to be certain that the specified number of stamps are present. Instructions on what to do if there is a discrepancy also are included.

There was at least one exception. In 1943, the American Bank Note Co. (ABNC) was given a contract to print the Overrun Countries issue (Scott 909-921). Because of the multicolored flag in the designs, it was beyond the capabilities of the Bureau of Engraving and Printing (BEP).

The ABNC prepared the stamps for distribution using the type of card stock the BEP had adopted with the instruction language the BEP was using at that time as shown in Figure 2. But ABNC added its own seal and the name of the country identifying the stamps within, Czechoslovakia in this case.

These cards are not mentioned in the Scott U.S. Specialized catalog, but are covered (as are some other non-Scott-listed seals) in Official Seals of the World by James N. Drummond (2007).

Drummond lists these and other items under stamp agency seals and said: “The following early seals were used to seal the flaps of large, stiff envelopes from the Postage Stamp Agencies in New York and Washington, D.C., to individual post offices. These envelopes, or pouches, generally contained new postage stamps. The more recent seals were used on larger packages of stamps, which were typically shipped in full sheets.”

Note that the Figure 3 label adds a specific date of issue using this language: “Positively not to be placed on sale before Nov. 23, 1957.” Other labels used similar language, of course with different issue dates.

Late in the 1950s, the BEP returned to use of a generic label printed in the color of the stamp, with a handstamped issue date where appropriate.

Sometime after that, the BEP began shrink-wrapping the packages of stamps, and using card stock much like that pioneered by the ABNC to identify the contents. This practice has continued into the era of private contractor printers, as shown in Figure 4.

Drummond said: “More recently, stamps were shipped in shrink wrapped bundles, with a label inside, on top of the bundle. These labels are found in a large variety of sizes, colors and paper types.

“Most have a written description of the stamps that are enclosed, and some have further detailed instructions for the postmaster.”

Figure 5 pictures one final example. This is a BEP label used for the 1994 Bureau of Engraving and Printing Centennial souvenir sheet of four $2 stamps (Scott 2875). These were shrink-wrapped as individual decks of souvenir sheets, so the much larger format was not needed. Still it carries the normal instructional material, little changed from the early days of these labels.

The word “Select” is printed in red on this notice; it identifies stamps chosen for their level of centering perfection to be sent to the Philatelic Sales Unit to fulfill the orders of stamp collectors.